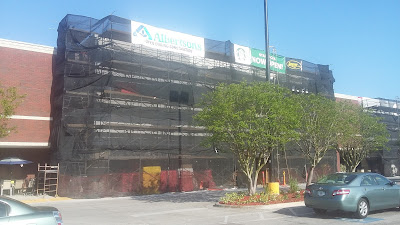 Yesterday AFB contributor Ross T. sent in some additional photos of the Largo Albertsons. These pictures were taken within a day or two of when the pictures you saw in the April 2016 Part 1 remodel post were taken, and show a few different perspectives of this store. So, let's take a quick look... 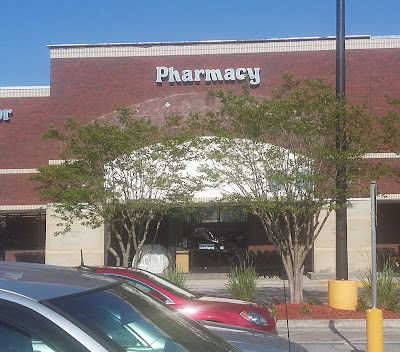 Some badly faded Albertsons signage still remains on the exterior for the Pharmacy and Liquor stores. By the end of the remodel, this signage should be replaced. At least I hope it would be. 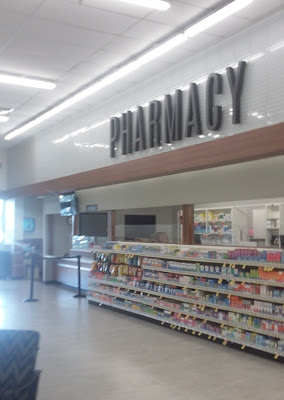 And going in through that pharmacy entrance we see the remodeled pharmacy counter. 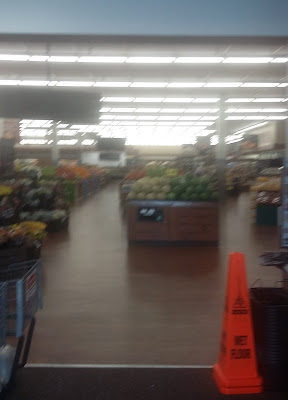 Ross was pressed for time while he was in here taking these pictures, so please pardon the blurriness in some of these pictures. You can still make out some details in the blurry photos. I believe this is the view from first walking in the main entrance, which leads immediately into the produce department. 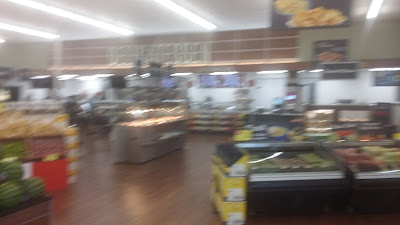 The deli, now in the front right corner after relocating from an island between the grocery aisles and right side wall, which you can see part of off to the left side of this picture. Where the deli is now was originally home to produce cases. 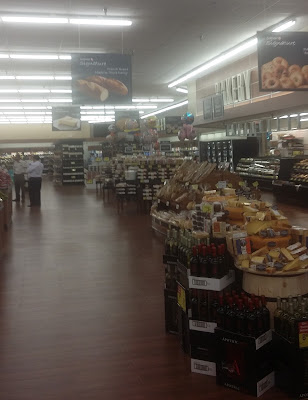 Looking toward the bakery and beer & wine, which is in the back corner (although some wine was placed next to the cheese display in the foreground of this picture). One of the Safeway Signature signs they have for the bakery here is advertising the "French bread baked in store daily". I don't know if Safeway also had this before the Albertsons acquisition, but Albertsons had a program where they would bake fresh loaves of their house French bread throughout the day, especially in the early evening when people came in for after work shopping. One of the staples of Albertsons' bakery (other than the famous cookies) was that French bread, which I was also a fan of. From the looks of it, the same French bread will be carried over into Safeway. 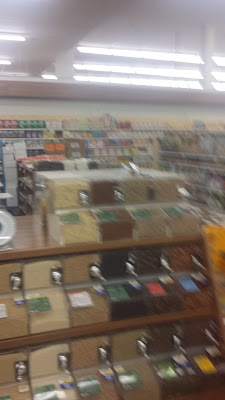 It looks like some bulk foods were added as well. 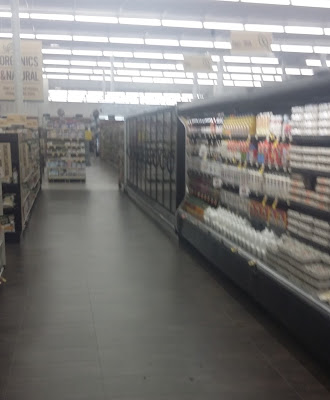 These coolers are a part of the new organic department, which you can see a wider view of here. This aisle is the one that used to run along the back of the deli island, and housed the beer coolers. You can see the original configuration here. 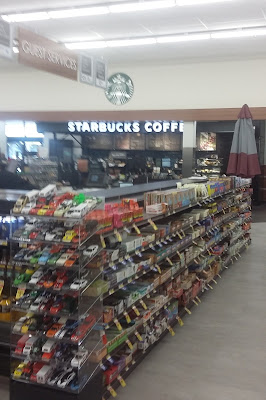 And finally, a look at the new Starbucks up front. It looks like Customer Service has been relocated to an island next to the registers from the front wall as well.

Thanks again Ross for you continuous updates from the Largo store! As always, AFB will be here to continue covering these remodels as they near their completion.