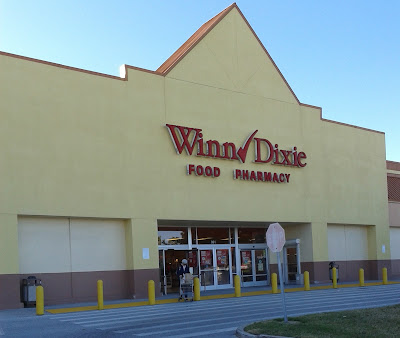 Remember this place? For those of you new to AFB, the former Indian Harbor Beach Albertsons was the very first store ever featured on the blog, way back on March 1, 2014 (you can take a trip back in time to read that post by clicking here). I still can't believe that was over two years ago now. Way back then, I was still kind of new to this retail photography thing, so many of the pictures I took at this store came out looking a little...odd. The purpose of this post is just to feature a few somewhat clear, centered, and not taken at a weird angle photos of this store to make up for some of the lackluster pictures featured in the original post (although some of the original pictures didn't turn out too bad). Let's go inside for a quick look (again)... 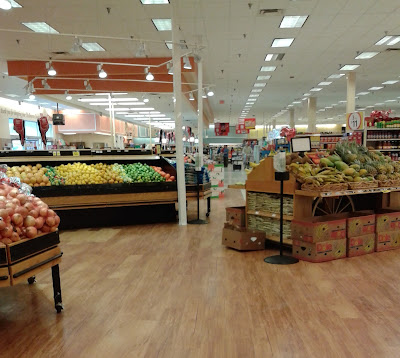 Looking across the front end from produce. Honestly, nothing about this store has changed since 2014 either inside or out. The only difference you'll see in here between 2014 and 2016 is the overabundance of "Down Down Prices" signage hanging all over the place now. "Down Down" is beginning to evolve from being just an ad campaign, and into a way of life for Winn-Dixie. 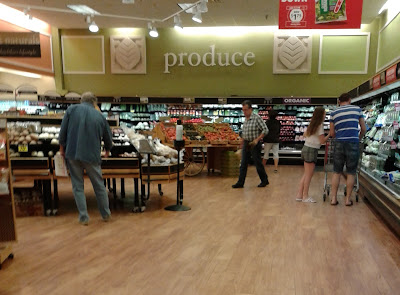 Produce in the front right corner of the store. The decor in this store is the first of the four decors Winn-Dixie has rolled out since they emerged from bankruptcy and began their extremely slow process of trying refresh their stores. This decor lasted from approximately 2009 to late 2011, when it was replaced with the 'Transformational' interior (although a few prototype Transformational model stores opened with this interior in Louisiana). 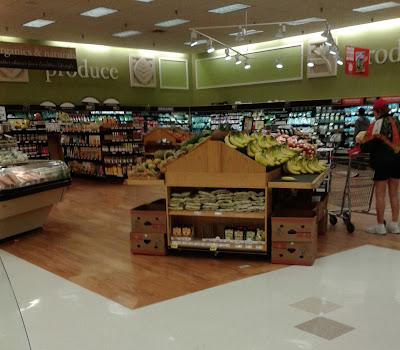 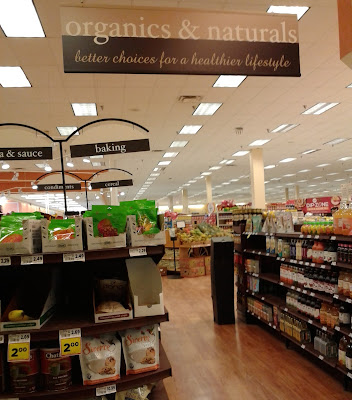 The tiny 'organics & naturals' selection located between produce and the deli, consisting of a small aisle and a half. This is actually a larger than normal selection of natural foods compared to most Winn-Dixies 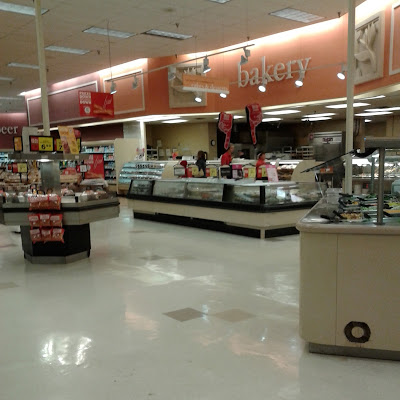 The bakery, located a little further down the right side wall compared to where Albertsons would have had it. 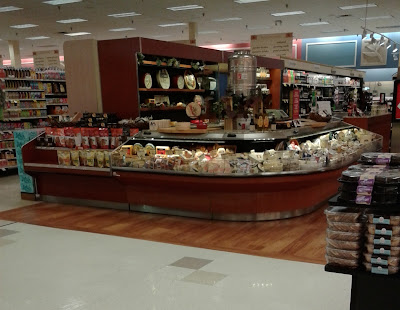 My picture of the gourmet cheese counter from the original post did a terrible job at portraying this area. The cheese counter also includes a "bottle your own olive oil" tap, which is a feature I don't recall seeing even in the Transformational era stores. Fresh bottled olive oil has become a new trend, mostly in upscale grocery stores. 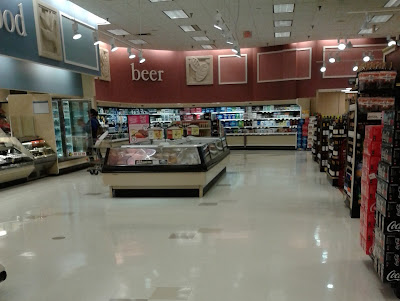 The dip in the wall where the beer department is located is one of the last obvious traces from Albertsons. Superstore model Albertsons had their produce departments located in that corner. 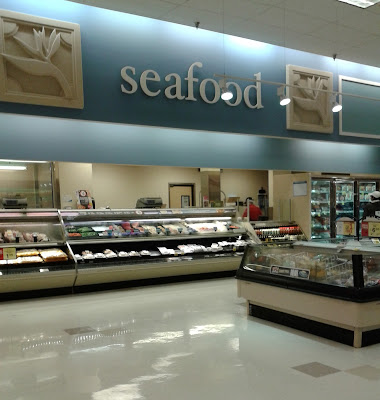 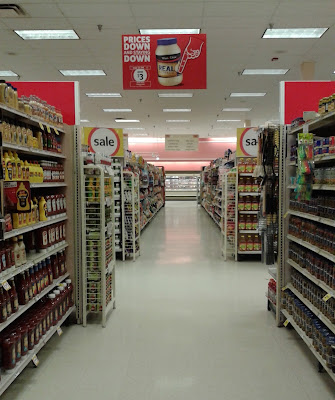 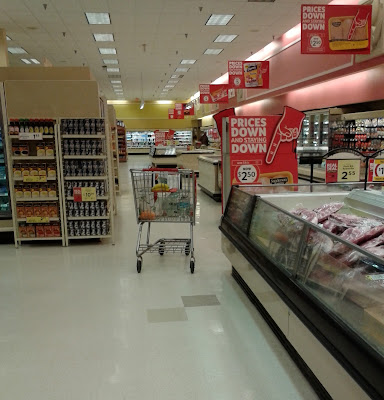 Like I said before, "Down Down" signage is everywhere. 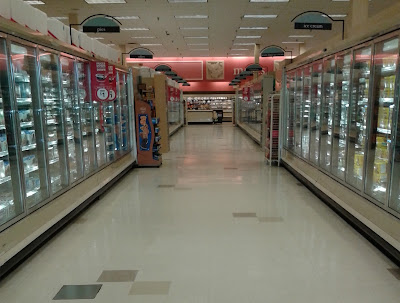 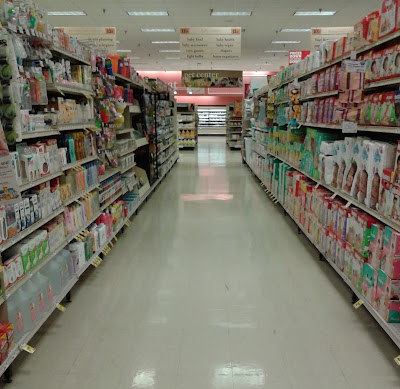 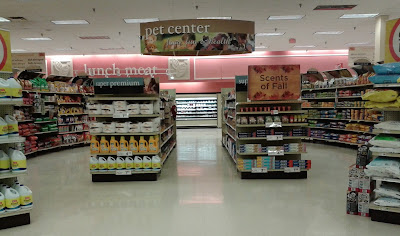 One of the more interesting parts of this Winn-Dixie remodel package, and something I did a horrible job at capturing in the original post from this store, are the curved aisles in the Pet and Health & Beauty departments. The outermost aisles in these departments bow out, and it makes for a strange but spacious effect. The photo above and the next few photos show this effect, which begins to look like an optical illusion if you stare at the pictures too long. 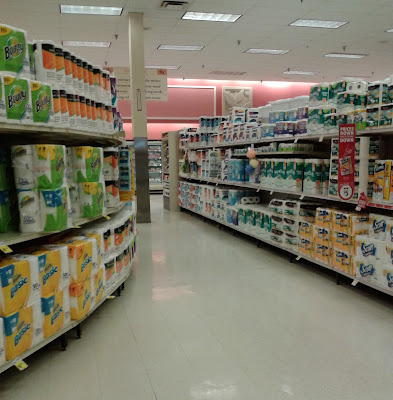 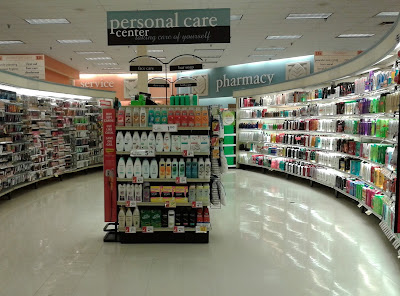 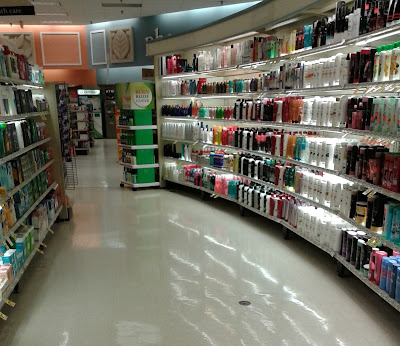 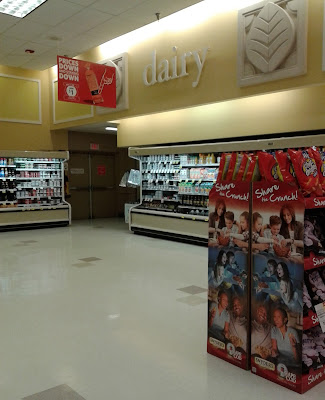 The Dairy department is located along the left side wall of this store, however a small piece of it spills out onto the back wall, which you can see above. 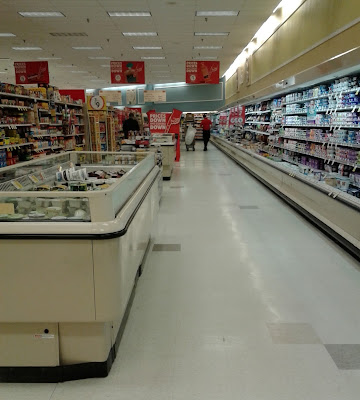 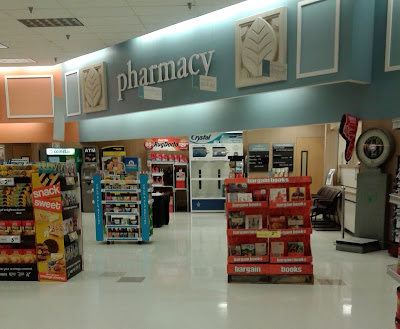 The pharmacy. While configured a little differently, this is located in the same place as Albertsons' pharmacy was. 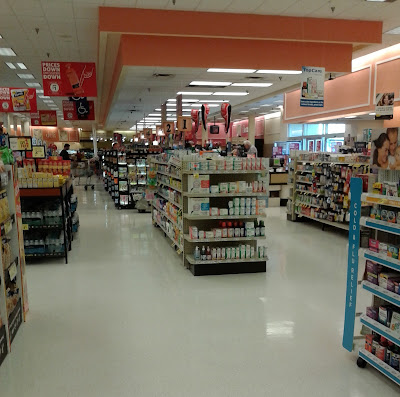 And a quick look at the front end before wrapping up our short re-look at this former Albertsons now Winn-Dixie. 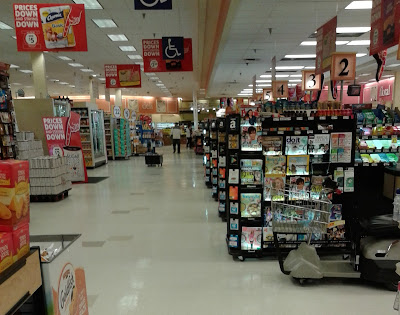 While we're on the topic of updates, the featured post next week is an update of another former Albertsons previously featured on the blog, a much more highly anticipated update than this one from one of the blog's most popular stores. A lot of things have changed at that former Albertsons since we last took a look at it. Be prepared though, the next post is going to be a bit painful.