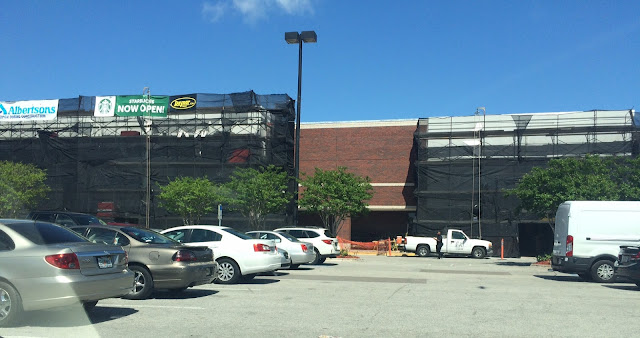 Somewhere behind all of that scaffolding lies the soon-to-be-former Largo Albertsons or soon-to-be-opening Largo Safeway, depending on how you look at it. Today, thanks to AFB contributor Dave M., we'll get to take another quick look around the Largo Albertsons for some updates on the progress of construction and what's changed since last time.

According to Dave, interior work is complete here. The only remaining construction is the exterior work you see above. Other than new signage, I really don't know what they're doing out here, or what the finished product will look like. As for already finished product, let's start heading inside to see some of that... 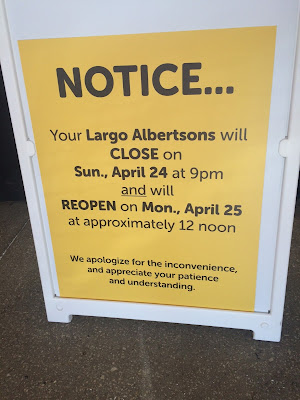 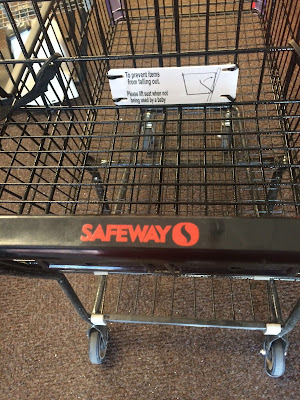 The new carts have arrived with the Safeway branding on them. In addition to new full sized carts, Safeway is also adding new mini-carts "reserved for our future [Safeway] shoppers", which you can see below:

Now for some interior pictures: 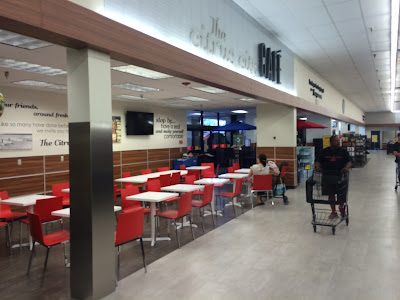 The more I see pictures of the new interior, the more I like it. My fears of it making the store seem too dark did not come true, and honestly the new look does wonders for modernizing these older stores. In the above picture is "The Citrus City Cafe", located near the front entrance (they probably could have picked a better color for "The Citrus City" part of the sign, as the white on white is hard to read). The one thing about this look that I really like is how overborad it goes with local touches. "The Citrus City" is an old nickname for the City of Largo, dating back to the late 1800's when the city of Largo was one of the largest citrus producers in the state. The nickname has somewhat faded into obscurity in these modern times, mostly because I don't think a single citrus grove exists in Largo anymore, much less anywhere else in Pinellas County for that matter (maybe I'm wrong about that though, but I don't know where there would be room for one anymore). The cafe also includes some old pictures from around town, and some sayings on the wall about friends and togetherness. 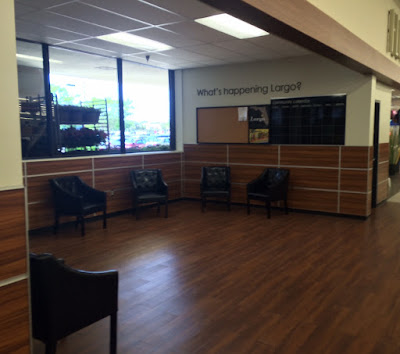 I don't know if this area has an official name, but it looks like some kind of lounge/sitting area. This store is so big, they probably had more space than they knew what to do with it, with this being a result of this store's unusually large size. Over on the side wall is a community bulletin board and a map of Florida showing where Largo is, as well as a chalkboard community calendar. 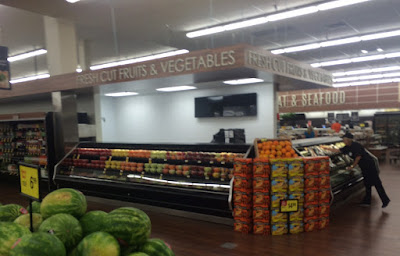 Some of the new signage and cases in the produce department. 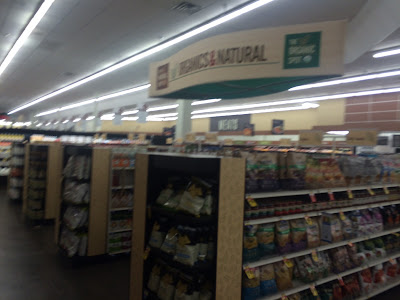 The rather sizable organic foods department. It's nice to see they didn't skimp in this area. 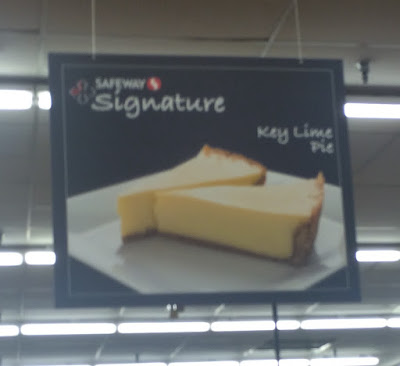 And finally some new Safeway promotional signage, probably over by the bakery since it's advertising Key Lime Pie.

Thanks again Dave for sending in these pictures of the Largo Albertsons! In 29 days, Albertsons Florida will become Safeway Florida, a sad yet exciting event as one era ends and another begins. AFB will be here to inform you of any news or updates regarding the remodels and the transition into Safeway as the work begins to come to a close.