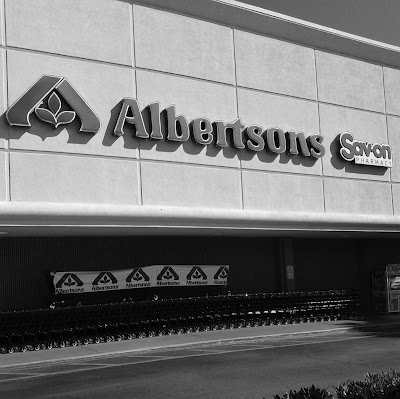 That day I've been dreading has finally come, yet finally had to begin to accept. The Albertsons name will be no more in Florida by Spring 2016. However, there is a slight twist to this from the company full of surprises. Those three remaining Albertsons stores aren't closing, or being sold to Publix, or anything like that. They're dropping the Albertsons name to become Safeway stores (I definitely did not see that coming)!

Thanks to an anonymous contributor for e-mailing that in to AFB. This name switcheroo seems to have been a sudden decision, as Albertsons halted all work on the remodels of the last three stores because of this (which clears up a lot for me, and for our next post). According to the contributor, Albertsons has since resumed the remodels, but these current remodels will now be switching the stores to the Safeway look and feel. While Albertsons is finally going to end up like Kash n' Karry, Food Lion, Kroger, A&P, and all those many other chains that tried to establish a Florida division, at least Albertsons will continue to live on through their new sister chain Safeway, and with the Albertsons Florida Blog. I guess this recent news is going to make my upcoming post on December 6th even more special than I thought.

Goodbye, Albertsons Florida. You had the most successful run of any non-Florida based supermarket chain that tried to establish a Florida division, lasting 42 years and operating 170 stores over that time frame. Some Florida divisions barely lasted two years, so I have a lot of respect for you Albertsons, being able to take on Pubix for as long as you did, even though you eventually fell to them in the end, like all the others. I hope your Safeway division stores aren't too much different from the Albertsons stores. Maybe this new name will be the start of a new era of supermarkets in Florida, but all it does is add more mystery to the entire remaining presence of Albertsons/Safeway in this state. It just seems odd to me that Albertsons would bring the Safeway name to Florida. Has the Albertsons name been tarnished that much here? This will bring Safeway back to Florida for the first time since the 90's when they sold off their relatively small, short lived Save and Pack warehouse division of stores. That means this will be the first appearance of the actual Safeway name ever on a store in Florida.

The Safeway Florida stores are expected to be fully up and running by Spring 2016. If you want to experience Albertsons Florida one last time, your time is running out.

Anyway, good luck with Florida, Safeway, and I wish your stores the very best. Let's see what you can do in this state, and let's see how this works out. I've heard Publix is some pretty stiff competition, but they really need someone to really give them a scare. Will that be Safeway?

So as we mark the end of yet another Florida supermarket era, I will continue to keep everyone updated on this.