AFB is Back! (And Some Safeway Liquidation Updates Too)

Hello everyone - it's great to be back! I missed not being able to upload posts and photos to flickr over these last few weeks, so it's nice to start getting back into the old groove once again. However, as I return to blogging, the three Florida Safeway stores are currently in the process of liquidation, probably some of the biggest supermarket news to break this summer (at least concerning Florida). Considering how isolated these three Safeway stores were from the rest of the chain and how far away their distribution center was, it didn't come as much of a surprise to many that Publix bought those stores. As nice as it would have been to see Albertsons come back to life in Florida under the Safeway name, it just wasn't meant to be, thereby ending a 43 year operation in the Sunshine State once and for all. AFB contributor Reviewer Jay sent in a few photos of the Altamonte Springs Safeway as the liquidation process began there: 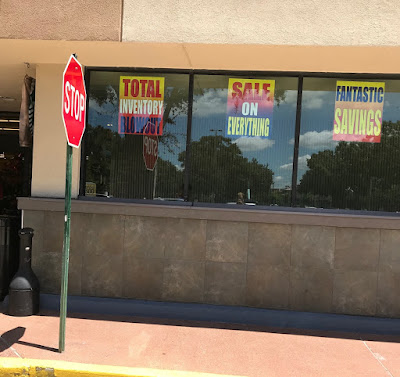 Reviewer Jay took these photos approximately one week after the announcement of the sale to Publix was released. Already liquidation signs were present throughout the store. 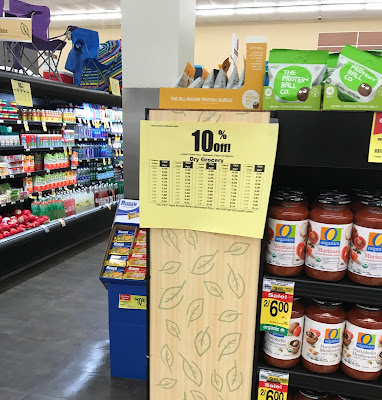 At this point in the sale, merchandise was already at 5-50% off (with most of those discounts in the lower end of that range this early in the liquidation process). Jay also noted that Safeway was still accepting coupons and running the weekly flyer at this point, all of which were discounts in addition to the store-wide markdowns. I do not know if that is still the case as the liquidation hits the one month mark this coming week. 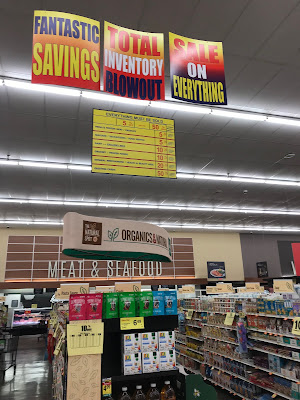 More liquidation signage, as seen from the back of the store. 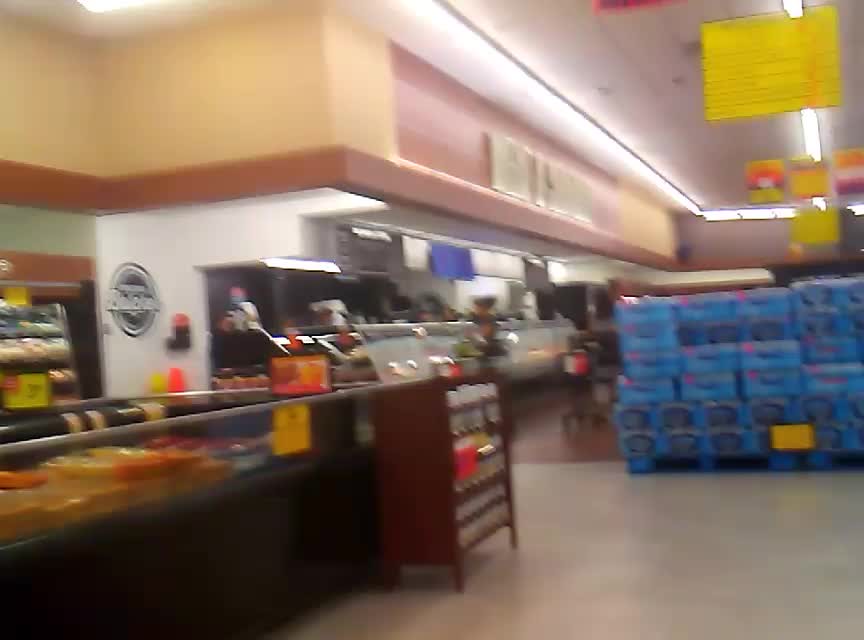 In addition to those photos sent in by Reviewer Jay, Ian W. posted these short video clips to his flickr photostream showing the Largo Safeway during its liquidation process. These videos were taken in late July 2018, showing the store still well stocked with merchandise. The only part of these Safeway stores that isn't fully operational at this point are the pharmacies, which shut down in the earlier part of July 2018. The end of Safeway Florida will probably happen in either late August or early September, so you still have a small window of time to make one last trip to Safeway if you haven't had the chance to yet.

Anyway, coverage of the Safeway closings and the conversion of these stores to Publix will continue here on AFB as the updates come in. I'm interested to see what Publix does to these stores. I'm assuming they'll get some kind of remodel, although I don't know just how much money Publix will dump into these three stores before reopening them. From what I understand, the information seems to suggest that all three of the Safeway stores will reopen as Publix, with the existing Publix stores across the street from these Safeways staying open as well. It's a redundant situation, yes, but it's not the first time Publix has done something like this.

One last thing I'd like to mention before wrapping up this post is the blog schedule. I'm only going to have one feature post in August, which is tentatively scheduled to upload on the 12th. I may change that depending on how soon I can get caught up on things, although if I do change the date I'll be sure to post a note on the blog. And I will also be spending the next few days catching up on replying to blog comments and e-mails. I've neglected that for the entire summer, so my apologies in advance for all of the delayed replies! Also over the last few weeks, Blogger stopped sending notifications to my e-mail that a comment has been posted on the blog (which was my primary way of knowing that a comment has been posted). I've tried resetting that feature in the blog settings a few times, but it doesn't seem to help any. If anyone knows of a solution to this please let me know, as nothing I've tried seems to help.

With all of that being said, I think I've covered all of the points I wanted to touch on. I have plenty of good stuff to share as we finish off 2018 here on AFB, so be sure to stick around for much more to come!