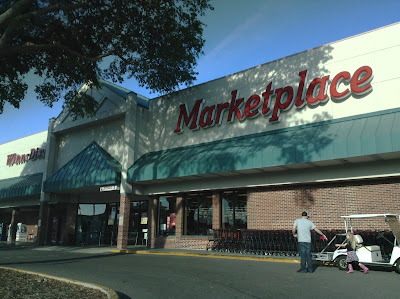 ***Photos for this post are courtesy of Kristin C.***

In light of the recent closure wave by Winn-Dixie's parent company Southeastern Grocers, AFB contributor Kristin C. has kindly sent in a few photos of one of the 24 (and counting) Winn-Dixie, BI-LO, and Harvey's stores being closed this summer. Our contributor Kristin frequented this store, and she was quite sad to see that it was one of the stores chosen to close. This Winn-Dixie in Riverview was the only Tampa Bay area casualty this round, and one of four Winn-Dixie stores in Florida that are currently set to close by the end of June 2017. To view the complete list of effected stores, please click here.

Just some quick background on this store before jumping into the rest of the photos: This Winn-Dixie opened in 1984 as a typical pre-Marketplace style Winn-Dixie. In 1995, this store received a major renovation in which the exterior and interior were practically rebuilt in order to transform this older location into a "modern" Marketplace format store. This store was hardly ever touched again after 1995, with the only major interior alteration since then being the replacement of the Marketplace-era aisle signs in favor of the Purple/Maroon decor ones from the early 2000's. In October 2016, this was one of five Tampa Bay area Winn-Dixie stores to lose its pharmacy, with the announcement of complete closure of the store coming shortly after in May 2017. This store's final day will be sometime in June 2017. With that out of the way, Kristin and I will take you on a short tour of this Winn-Dixie: 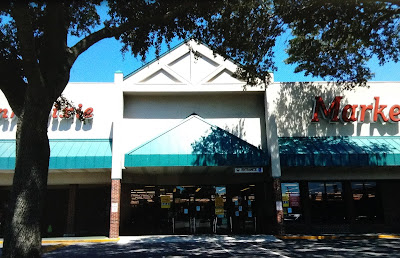 The outside of the store. You can also see the blue awning. From what I can tell, there is no store closing banner outside, but there are plenty of store closing signs taped to the front window. 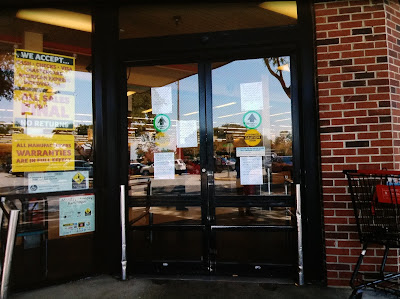 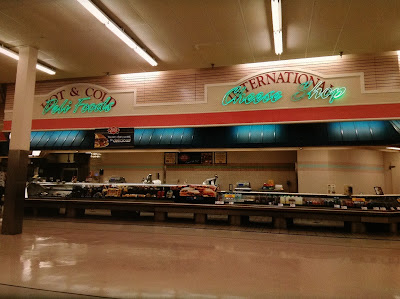 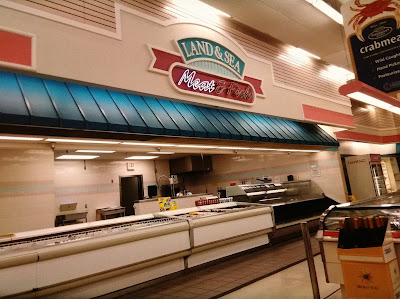 The service counter to the meat department, also home to seafood. 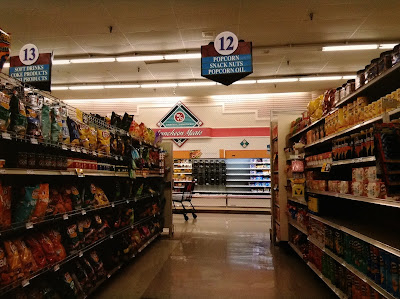 A look down aisle 12. Aisle 12 looks to be relatively well stocked, although some patches are beginning to thin out. These photos were taken relatively early in the closing process of this store. All of the aisle markers in this store are the shrunken version of the typical Purple/Maroon aisle marker. This is a photo of the more typical size, taken in a store where these smaller ones would have been much more appropriate! 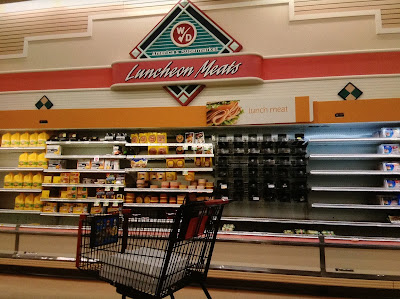 Lunch meat area. While the grocery aisles were still relatively full, the refrigerated goods were thinning out at a much faster pace. 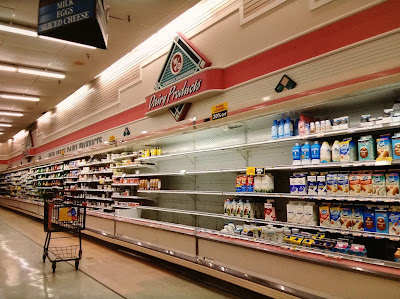 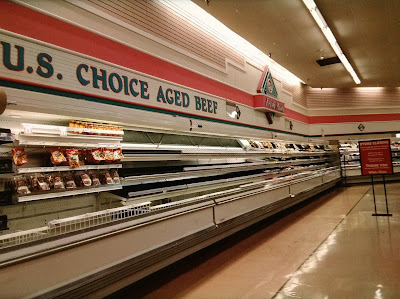 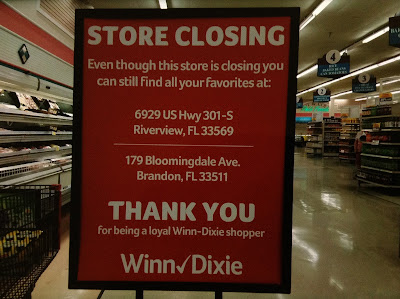 A store closing sign telling shoppers to go to another store. The store at 6929 US Highway 301 (#2475) is a former Sweetbay located 1.8 miles to the north of this closing Winn-Dixie, which probably took much of the business from this location. The 179 Bloomingdale Avenue store (#676) is a little over 5 miles northeast of here, and is located in a former Family Mart/Florida Choice building. 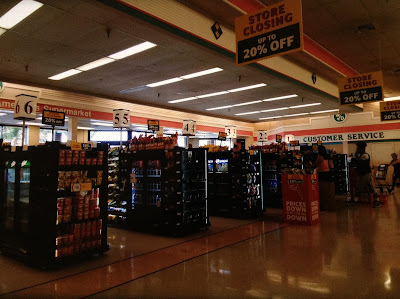 The checkout area. This store has 6 checkouts. Also note the rather subtle store closing signage, unlike the signs used by some other retailers we know... 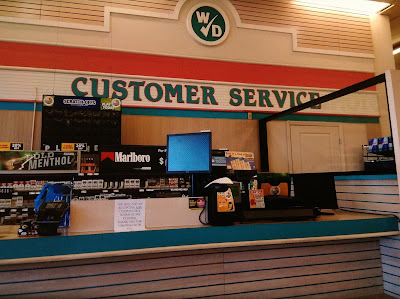 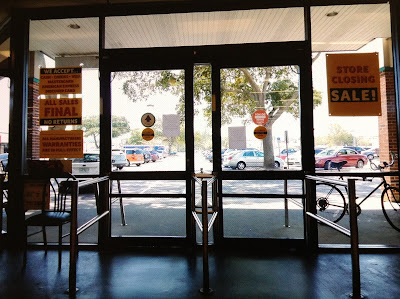 The two exit doors. So, I guess this serves as a good parting shot from this closing Winn-Dixie. Thank you Kristin for sending in these photos! I've been hearing that this recent closure round may just be the beginning of yet more closings to come later this year throughout Southeastern Grocers' brands. However, the only confirmed locations as of this post going live are the 24 locations listed here, but I guess we'll see as the year progresses.