The Results Are In... 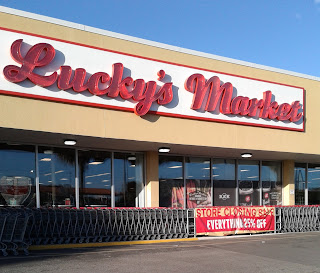 On March 26, 2020, the auction for the assets of Lucky's Market was held. The results of the auction were released today, which included the sale of 23 stores and the Orlando distribution center. Nothing too surprising from the results though, as most of the interested parties were released already. Publix and Aldi got all the stores they originally wanted, however Winn-Dixie only got 4 of the 5 locations they had expressed interest in (Melbourne, Fort Myers, Lake Mary, and Gainesville - Naples is the one they did not get in the end). Also, the founders of Lucky's Market were only able to save 2 of the 6 "go forward" locations in the end, including the original Lucky's Market in Boulder, CO, and the other Colorado location in Fort Collins. Essentially, Lucky's will be right back to where they were before they began to set their sights outside of Colorado. For a complete breakdown of the results and a refresher of who got what, this article has a nice breakdown for everyone.