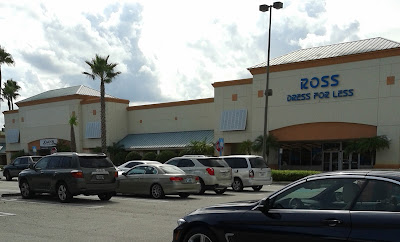 The former Albertsons store that we'll be looking at today is another one of those stores you would have never known existed if you didn't know what you were looking for. From the current look of the exterior, you'd never guess this building once housed an Albertsons store, but I assure you there was one here nearly 20 years ago. The former Albertsons store we'll be taking a look at in this post is located in a rather busy shopping center at the southeastern corner of Interstate 95 and Northlake Boulevard in Lake Park, Florida. Between Interstate 95 and US Highway 1, Northlake Boulevard is home to a rather busy retail and commercial district, with most of the big box stores clustered near the Interstate and the intersection with Congress Avenue. In 1987, Albertsons opened their new Lake Park store as one of two Northern Palm Beach County Albertsons stores to open that year, the other new store being the ill-fated #4365 in Jupiter. Unlike the Jupiter location, the Lake Park store was far more successful. This store lasted a total of 14 years in this location before packing up and moving to a more modern building about a mile to the west at the intersection Northlake Boulevard and Military Trail (the new store, #4454, will be the subject of the next post, so I won't go into the details about it now). 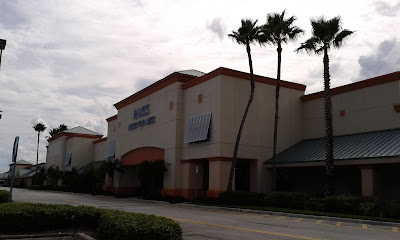 With store #4454 just down the road, and the fact that its original location was remodeled beyond recognition, store #4364 mostly faded into obscurity over the years. In 2003, Albertsons #4364 was remodeled to the look you see now, with Ross Dress for Less in the right half of the Albertsons building and Off Main Furniture taking up the left half of the building. Off Main closed in 2008, with their space becoming a CompUSA location in 2009. All remaining CompUSA stores were rebranded to TigerDirect in 2012, with TigerDirect remaining at this location until early 2015, when that company closed all of its remaining physical locations in order to become an online-only retailer. TigerDirect's closure led to the left half of this former Albertsons sitting empty once again. In late 2015, Jo-Ann Fabrics and Crafts announced they would be opening a new store in the former TigerDirect space, with the new Jo-Ann store (which had yet to open when I took these photos) opening here in April 2016. So as you can tell, while the left half of this former Albertsons has been through a lot over the last decade, the right half still is home to Ross Dress for Less.

More than likely, the Lake Park Albertsons would have been an exact copy of store #4365 in Jupiter, which looked like this. There is a slight chance that angled awning nestled between Ross's entrance and Jo-Ann's entrance could have been left behind from the Albertsons days, as store #4365 has something similar on its exterior. However, the grand exteriors over the front of Ross and Jo-Ann were added back during this building's subdivision in 2003, as can be seen in the satellite imagery later in this post. However, with the way Ross's and Jo-Ann's entrances are designed so symmetrically, and located in the area where Albertsons' entrances would have been, the current design of the building almost looks like it could have been a fancy Superstore Albertsons exterior! 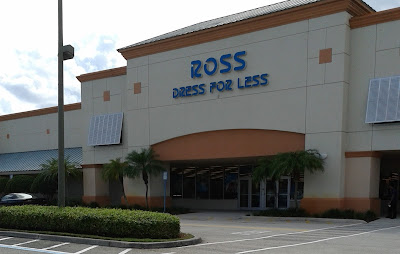 As interesting as it is to think about how the building's current look could have been used for an actual Albertsons store, I don't think the Albertsons that once operated here was anything fancy from the exterior. But anyway, enough of that. Here is a close-up of the entryway into Ross. Like I said before, in this area would have been Albertsons' right side entrance when they still occupied this building. 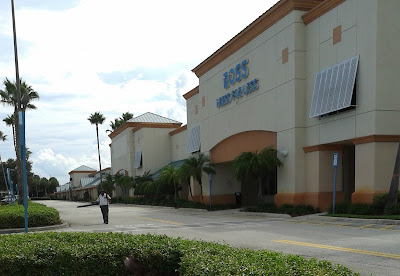 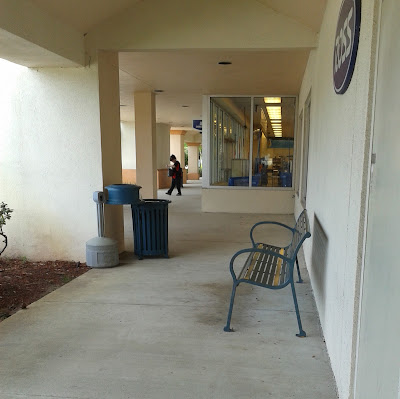 Looking down the walkway toward Ross, we can see where the front of the store juts out into just a bit. The two windows you see directly in front of me would have been where Albertsons' original entry doors were located. The other half of the building also has this set-up, just mirrored. Even with the building so heavily modified, it's still nice to find at least one somewhat obvious clue from Albertsons lurking around this place! 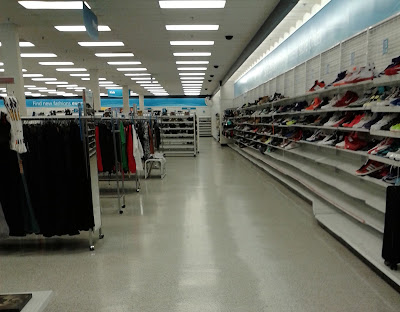 Going inside Ross, it looks like every other Ross store I've been to. No clues of Albertsons to be found in here. The above photo looks down the building's right side wall, looking from Albertsons' former deli/bakery space toward produce. 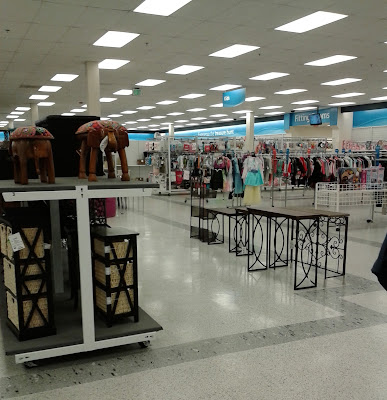 As there really wasn't anything exciting to see in this place, the above photo was the only other interior picture I got inside Ross. This photo looks across the back of the store, in the area where the old meat department was once located. 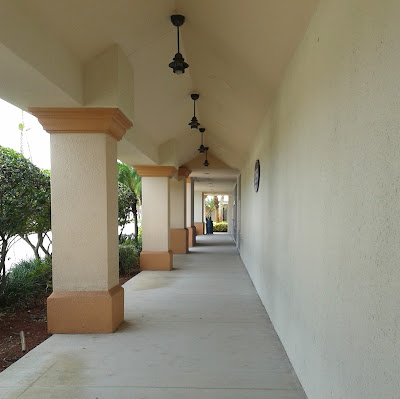 This is the walkway that lines the front of the old Albertsons building, connecting Ross to Jo-Ann. I doubt the walkway looked this fancy back in the Albertsons days, with much of the column detailing and classy light fixtures added during the subdivision. 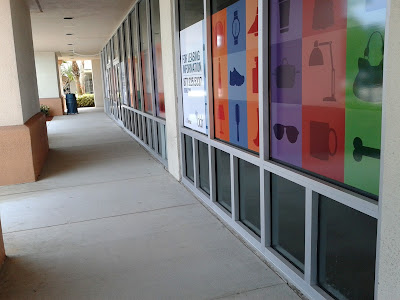 Getting closer to the left half of the building, we find the papered over windows that once looked into the TigerDirect store. 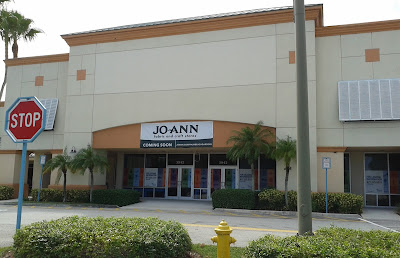 The announcement of Jo-Ann moving into this space must have come not long before my visit here. No work had started on the space yet for Jo-Ann's arrival, but a banner banner had been hung announcing that Jo-Ann would be coming soon. 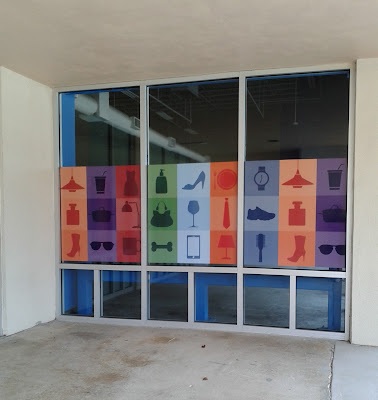 The location of Albertsons' old left side entrance, similar to what we saw over on the Ross end of the building. 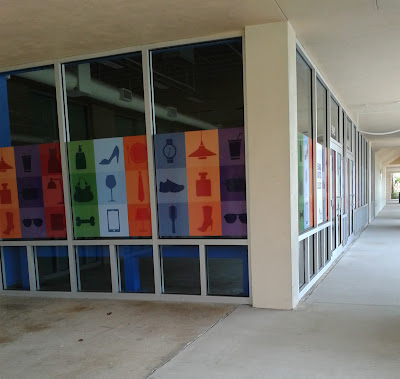 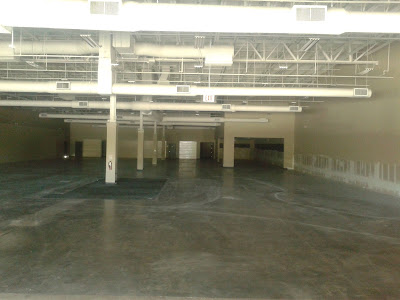 I was able to reach above the paper and get this photo of the interior of the old TigerDirect store. As expected, nothing you see here was from Albertsons. This half of the building would have housed the pharmacy and health & beauty departments in the Albertsons days. 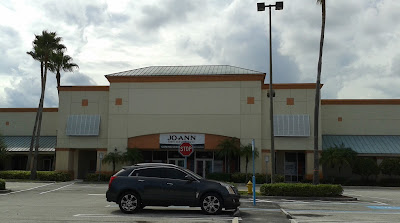 I don't know how I managed to do this, but I completely forgot to get a photo of the old liquor store here! The liquor store at this former Albertsons was tucked off to the left side of the building, as can be seen in the Google Streetview image above. Currently the former liquor store space is empty, although I can't say for certain if that space has been empty since Albertsons closed in 2001 or if something had came and left from that space since. From the looks of it, the former liquor store space appears to have gotten some alterations when the rest of the former Albertsons space was remodeled, including new windows and doors. While that may suggest not much from Albertsons remains in there either, my luck, the old liquor store probably still has a bunch of old Albertsons remnants in it! Oh well, I don't know what I was thinking this day. The above streetview image also managed to capture the left half of the building back when CompUSA was still around, in case anyone was interested in that.

That's really all there is to say about this place, as like I said before, there isn't anything too exciting about this building anymore in regard to its past life as Albertsons. Above is one final overview photo of the store before we begin to wrap up this post... 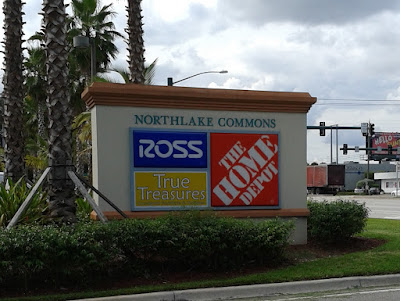 The Northlake Commons road sign, as seen from the plaza's main entrance at Northlake Boulevard. At the time True Treasures (a furniture and antique store located elsewhere in the plaza) was able to get their name on the main sign after TigerDirect closed. However, once Jo-Ann opened, True Treasures got bumped from the sign so Jo-Ann could have their logo placed there. 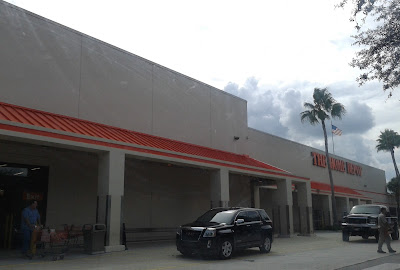 Before moving on to the satellite images, here is a quick photo of Northlake Common's other anchor tenant, Home Depot. Home Depot has been the main anchor to this plaza since it was built in 1987. 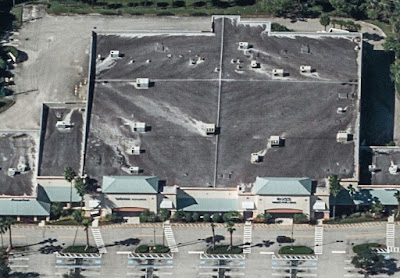 Front - From the sky, it now becomes pretty clear from the shape of the building that this was once an Albertsons store. The shape of this building is what originally tipped me off to this being a former Albertsons location way back when. 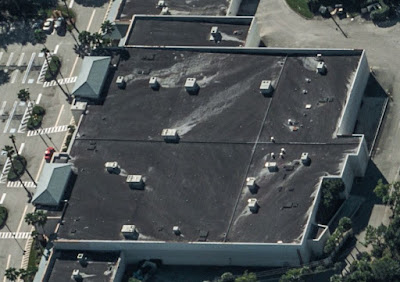 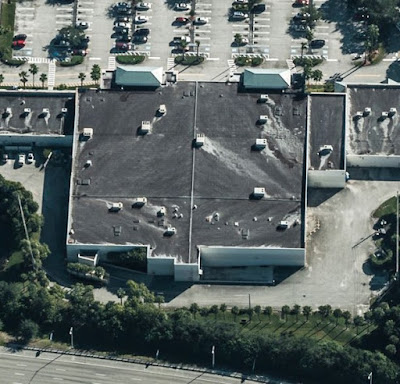 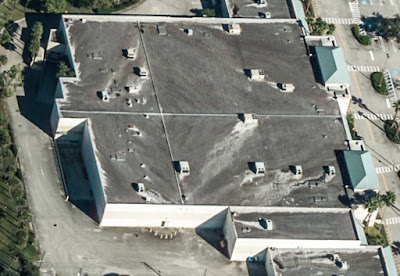 And now for some historic satellite images, courtesy of Google Earth and historicaerials.com: 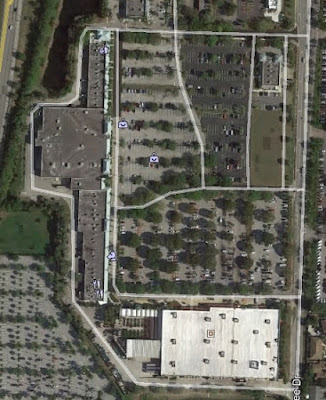 Former Albertsons #4364 - 2017 - An overview of the entirety of the Northlake Commons shopping center. The former Albertsons is the large building in the strip seen in the left portion of the photo, with Home Depot at the bottom. 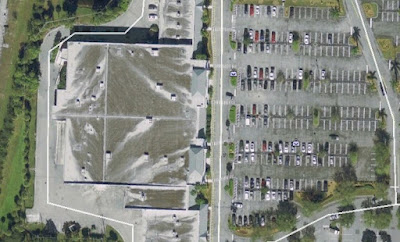 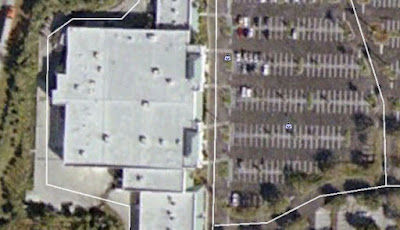 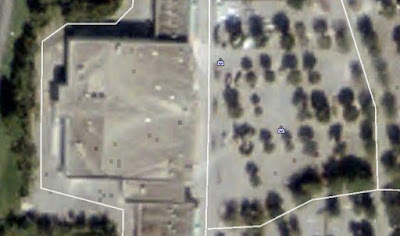 Former Albertsons #4364 - 2002 - The former Albertsons building is vacant at this point. I'm not sure if there is construction going on along the front of the building when this image was captured, or if that's just the blurriness of the image. 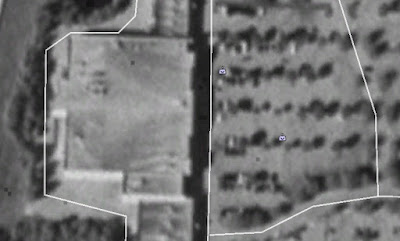 Albertsons #4364 - 1999 - This is the best image I have of the Albertsons building before it was altered to its current look. 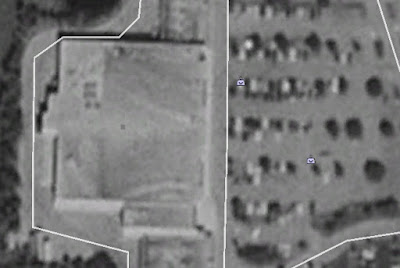 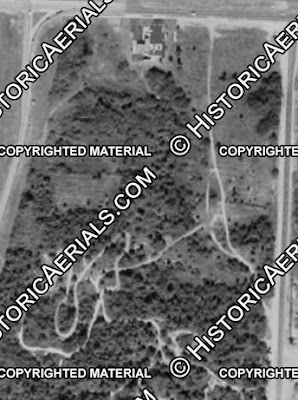 Future Albertsons #4364 - 1979 - Nothing but an empty lot next to the semi-new stretch of Interstate highway.

This wasn't the most exciting former Albertsons store in the world, but as always, at least the building was still standing so there was something to document about Albertsons' time at this site. 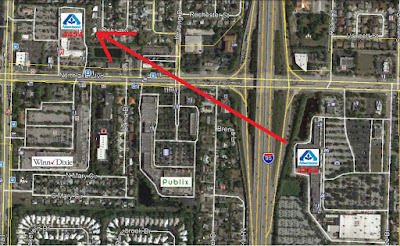 Next time we'll jump across Interstate 95 for a look at Albertsons store that replaced the one we just took a look at. Above is a map showing the location of the two stores, as well as the competition. Pretty much for this store's (and its replacement's) entire existence, Albertsons was competing against that Publix and Winn-Dixie you can also see on the map. Both the Publix and Winn-Dixie are still there today, however (obviously) Albertsons is long out of the picture! Anyway, more on the replacement store coming in two weeks...