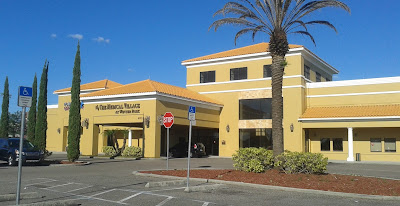 Last May, I featured the former downtown Winter Park Albertsons (Store #4390) on the blog. That store was the newer Albertsons in town, a 1999 built Grocery Palace store that eventually became home to a Publix (who completely overhauled the building in 2014). However, that was not the only Albertsons to exist in Winter Park. In fact, Winter Park had two other Albertsons stores at one point, both located in the suburban eastern part of town on Semoran Boulevard. However, neither of the Semoran Boulevard Albertsons stores co-existed with each other. The newer store (#4423), which will be the subject of the blog's next feature post, was a replacement for the store we'll be taking a look at today. Today's post will focus on former Albertsons #4303, which was part of the first batch of Albertsons stores to open in Florida in late 1974. This store was one of the first two Albertsons stores in the Orlando area (the other being #4304 in Altamonte Springs), built at the very busy corner of Semoran Boulevard and Aloma Avenue in Winter Park. While it seems like this Albertsons has mostly faded into obscurity, I believe this store did a good amount of business back in the day. In 1994, Albertsons decided to relocate this store three quarters of a mile to the south to a recently vacated Xtra Super Food Center, which was a much larger building in the relatively new Univerity Park Plaza power center (more on all of that next post). After Albertsons moved, Store #4303 sat vacant until 2006, the year when the Albertsons building and was converted into The Medical Village at Winter Park, which as the name suggests, is a large complex of various medical and doctor offices. The conversion of this building into a medical complex essentially wiped away all traces of Albertsons. While the building is the original Albertsons building, there isn't a whole lot left to see here.

This is an overview of what the building looks like now. From the ground, you'd never think an Albertsons was located here. The facade and right side of the building were completely redone in the 2006 conversion. From the air it's a bit more obvious looking that this was once a retail structure, and you can see the shape of the old Skaggs Model Albertsons store. 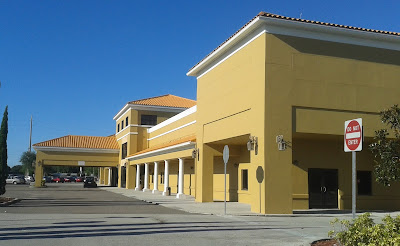 Looking across the front of the building from the front right corner. The main entrance into the medical complex is under that canopy in the distance, which is the approximate location of Albertsons' left side main entrance into the store. The right side entrance would have been in the area where the white columns are now. I'm not sure which corner of the building the liquor store was tucked into, but I'm thinking it was the front left corner based on the way the site is configured and from the historic aerial images. I think this store was a essentially a mirror image of this one when Albertsons was here. 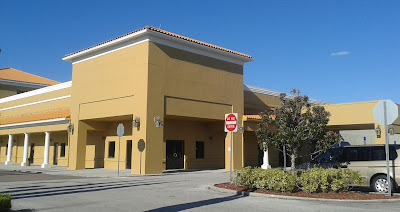 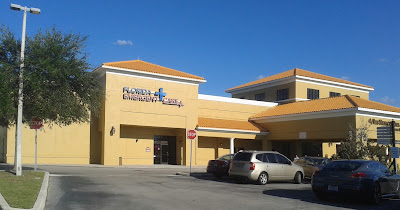 And here's one final photo of former Albertsons #4303, looking across the front once again. I believe the old liquor store would have been located just out of frame to the left, tucked into the corner of the building facing the former Handy City hardware store space (which I will talk more about shortly).

I didn't take too many photos of this former Albertsons as there want a whole lot to see here anymore. I didn't get a photo of the Handy City space either, but like the Albertsons, that isn't very exciting anymore either. The old Handy City is not recognizable as a former store anymore, and the majority of that space is now a beauty school (the remaining space is occupied by a few small restaurant and office storefronts). I think the aerial images here are much more exciting than what you can see here now in person, so let's continue on and take a look at some Bird's Eye aerial images, courtesy of Bing Maps: 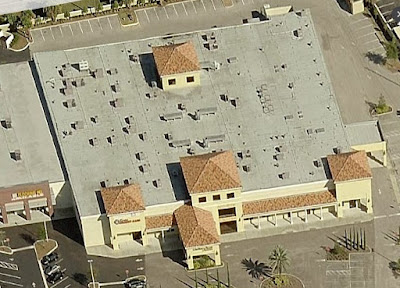 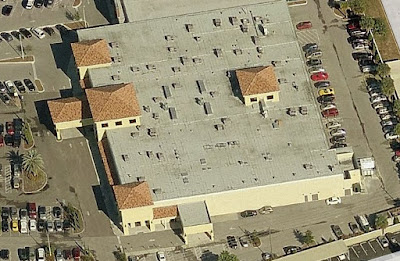 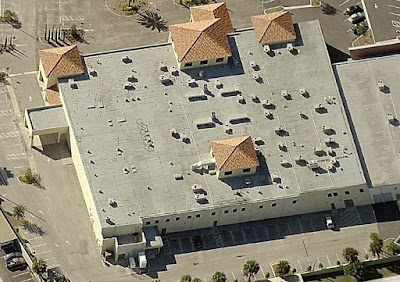 Back - The medical complex did keep Albertsons' old loading dock in the bottom left corner of the image. It also looks like a large second floor was added in the building during the conversion as well. I think these stores had second floor offices near the back, but I don't think the second floor was as large in the Albertsons days as those windows suggest it is now. 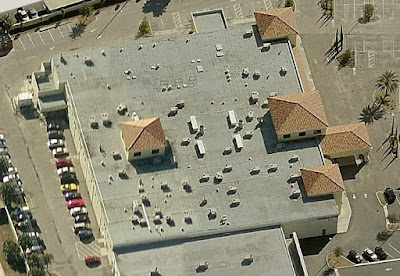 Now for some historic aerial images, courtesy of Google Earth and historicaerials.com: 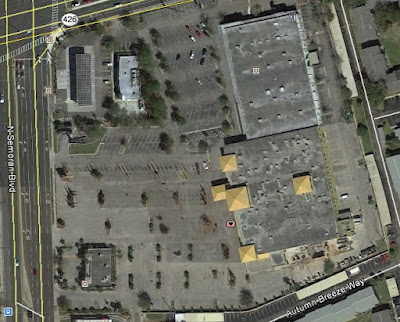 Former Albertsons #4303 - 2016 - Albertsons built one really big parking lot for this store! Since this store didn't have any space for a parking lot on the side of the building like most older Albertsons stores had, it gives the illusion of a big parking lot. The Albertsons is the large building at the bottom of the image (with the 5 tan squares on it). Handy City was the rectangular building coming out from the top of the Albertsons. Handy City was a hardware store chain located in the Southeastern United States, part of the W.R. Grace Home Center umbrella that also included Handy Dan, Channel Hardware, and Orchard Supply (to name a few). Handy City closed this store in 1986 amidst pressure from other large hardware stores in the area at the time. From my research, it looks like the Handy City building was a furniture store for a while after Handy City closed, although by the early 2000's that closed too. 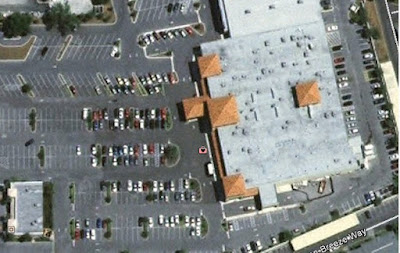 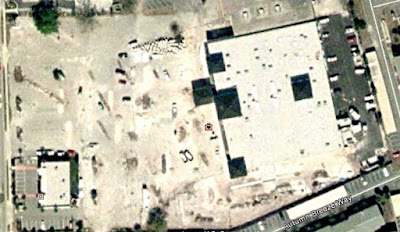 Former Albertsons #4303 - 2006 - Conversion into The Medical Village at Winter Park in progress in this satellite capture. 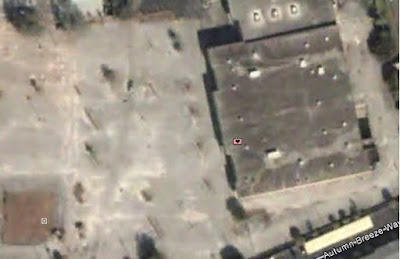 Former Albertsons #4303 - 2004 - Now we get to the good stuff! Here's the in-tact abandoned Albertsons before the medical offices moved in. 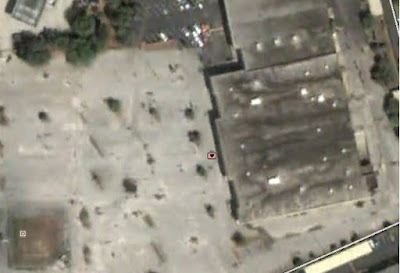 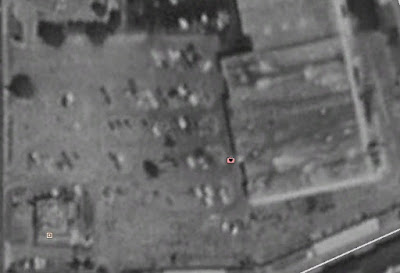 Albertsons #4303 - 1994 - Albertsons is still open in this image, although the move down the road would occur shortly after this image was captured. 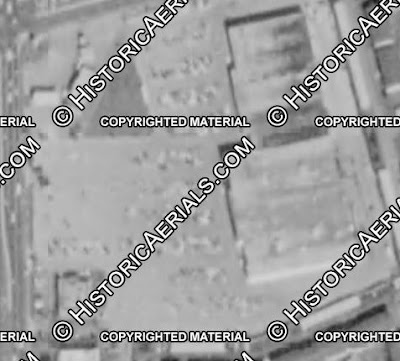 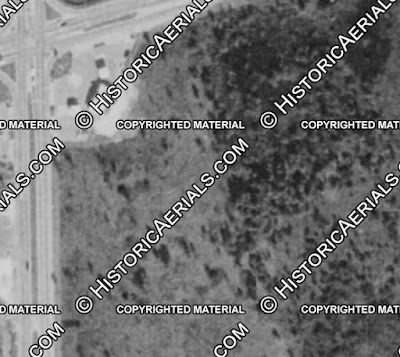 So that's about all there is to cover for former Albertsons #4303. The map above shows the location of store #4303 (far left) in relation to its replacement, store #4423 (far right) where we'll be heading for the next feature post. That complex where Albertsons relocated to in 1994 has an interesting backstory to it, which I'll explain in much more detail next time (which will actually be three weeks from now - May 7th - due to the way the calendar falls) where we will conclude our story of the East Winter Park Albertsons stores.