Out With the Albertsons, In With the Safeway (In Largo)

Jumping over to Tampa Bay now for a quick look at the new Largo Safeway. This mini-post is brought to us by our longtime Largo remodel contributors Ross T. and Dave M. These first 7 pictures are the ones sent in by Ross, and will be followed by the ones sent in by Dave. Ross's pictures are from earlier this week. The Safeway signage was installed around that time revealing the final product. 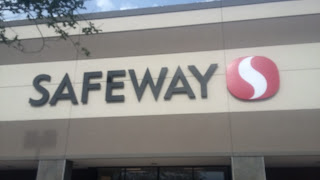 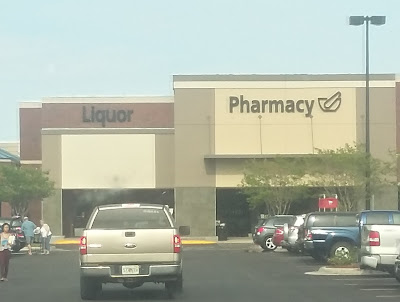 As you can see here, and over at the Altamonte store as well, the right side entrances don't look to be getting any signage over them. Originally, there was a sign that said "Food" on this side of the building. It looks like Safeway is scrapping the "Food" sign at these stores, and only keeping the "Pharmacy" ones. 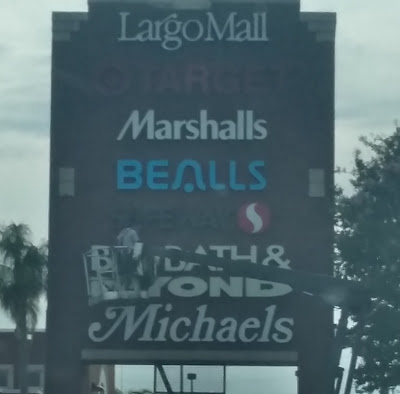 While Ross was at this store, he saw the sign crew installing the new Safeway signs on the roadside pylon for Largo Mall. You can see the new Safeway sign going up in the above photo. However, some Albertsons signs had yet to be changed during his visit: 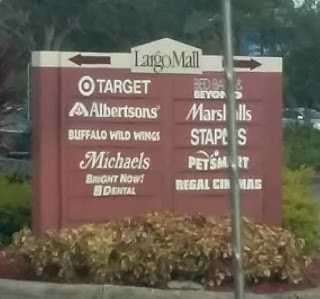 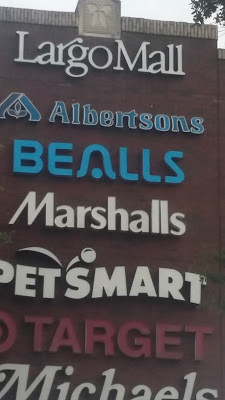 And so did the other roadside pylon. At least earlier this week it did. That's all changed now.

Thanks Ross for sending in those pictures! Now for some more pictures from Dave:

Dave sent in some night shots of the exterior of the Largo Safeway, taken either the night before the switch became official or the morning of the switch. This is what all of the signage looks like when it's illuminated. 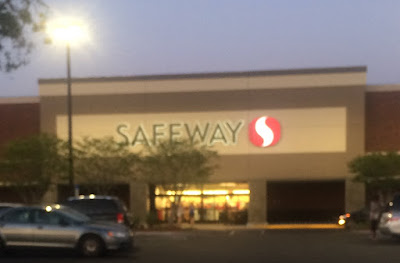 According to Dave: "This area is where they make fresh juice and infused water, bottled and labeled as Safeway. They even keep wheatgrass in the cold case...it looks like sod. There is no Jamba Juice signage or labels to be seen. There are "smoothie machines" on the counter next to the juicer. I wonder if JJ signage etc. will come at a later date." According to Safeway.com a while back, Largo was supposed to be the only one of the three Florida Safeways to get a Jamba Juice, but as of now it looks like that's not the case. 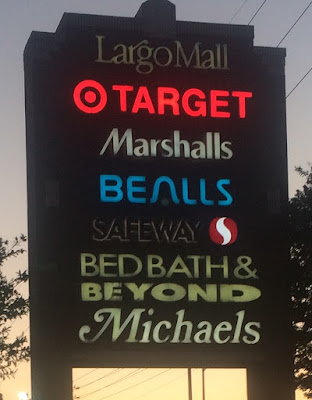 Another look at the road sign for Largo Mall, with the Safeway logo now completely installed. I think it would have been better to make the Safeway letters white on here instead of black, as the black is somewhat hard to read on the brick background. 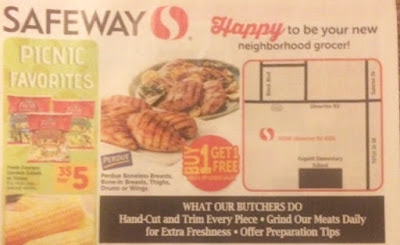 A picture of the top of Safeway's first Florida circular. Each of the three stores had their own special circular printed, although the only difference between each one was the map of the store location. 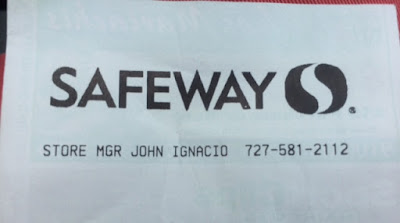 The top of a Safeway receipt. 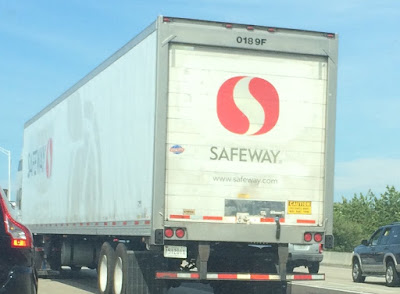 Dave spotted this Safeway truck on I-275 recently. He had this interesting story to go along with it as well, which I would like to share with everyone:

"Safeway trailer leaving St. Pete north on 275. The license plate on the trailer (which may mean nothing) was from Maryland.
Interesting story here: Largo has been running a huge 50% off (75% in frozen) sale on discontinued items for the last couple of months. The latest additions included current house brands. I asked a manager why current product was being discounted. They told me that they were switching warehouses. I asked if they were going to being served from a current Safeway trade area and they said they didn't know for sure. They did say that this was the 1st step of a larger plan for Safeway in FL...which we already kind of guessed."

I think that Maryland plate could potentially mean something. Safeway has a distribution center in Prince George's County, Maryland, which is probably where these three stores (or possibly more if the "larger plan for Safeway in FL" comes to fruition) are going to be supplied from, rather than the Safeway distribution center in Texas. Very interesting.
So with that little piece of information I will conclude my series of mini-posts about the new Safeway stores. More Safeway coverage will be coming to the blog in July, when I will take everybody on an extensive tour of one of the three new stores. Thanks again Ross and Dave for sending in these pictures of the Largo store, and for the continuous coverage throughout the entire remodel process.