Today AFB presents another update on the remodels of the last three Florida Albertsons stores as they transition into their new life as Safeway stores. Thanks to AFB contributor Ross T. for sending in some photos showing how the construction has been progressing recently at the Largo Albertsons: 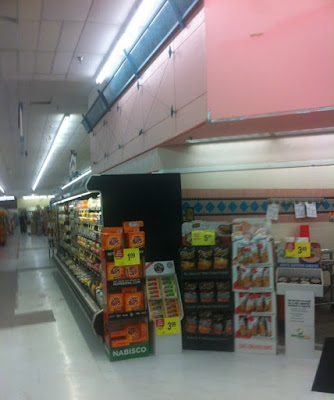 As we will see in a moment, the outer perimeter walls have been mostly repainted. The deli island currently has the last remaining traces of the old pink textured walls from the Blue and Green Awning decor. Since this is the case, I have a feeling the deli will probably be moved out from this island by the end of the remodel, and this will be removed, but I'm not sure. 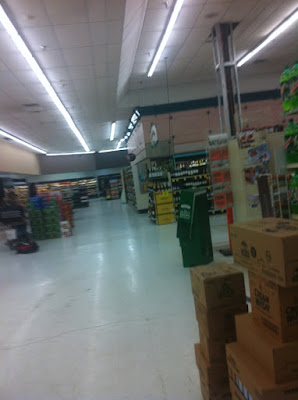 Looking into the back right corner of the store. Here's our first glimpse at the new tan/brown/gray color scheme that's been put in place, which we will see more of in a moment. Ross also mentioned that the aisles and some products have been continually getting moved around as the remodel continues to enter different phases. 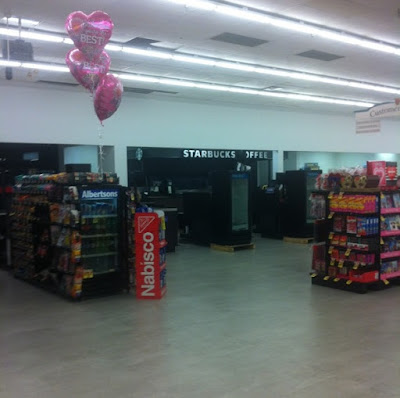 The new Starbucks has been mostly completed, and the signage for it has been installed. This photos also shows some of the new wood grain flooring that these stores are getting. 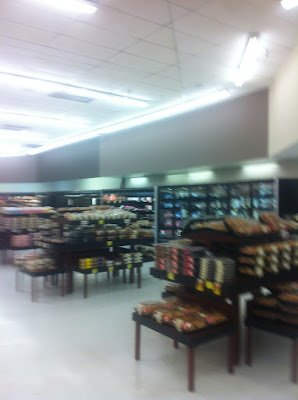 The photos above and below show the new brown/tan/gray color scheme currently in the store as construction progresses. Based off of how neat this paint job looks, I'm not sure if this is a primer coat or a final coat. This color scheme doesn't really match the current Albertsons "Quality Built" (as referred to by Acme Style) interior, or the "Lifestyle 2.0" interior that was used at the most recently opened Safeway in Rockville, MD. Although, now that I've looked over pictures of both interiors closer, the way the gray/brown/tan patches on the walls are spread out, they may just be primers for the Lifestyle 2.0 colors, but I guess time will tell what the new interior will look like. 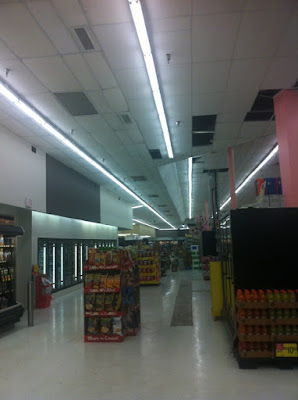 So that wraps up our little look at the progression of the remodel at the Largo store for now. Thanks again Ross T. for sending in those pictures and for keeping us updated as the construction continues.

Also, I was looking around online the other day, and I found some pictures of the construction progress at the Altamonte Springs Albertsons taken back in late January, which you can view here (scroll to the right for more once the first image loads). Similar situation to what we saw at the Largo store, with a similar current color scheme on the perimeter walls. Produce there has been moved (temporarily, I assume) to a very long case in aisle 4, and there are also some pictures of the new flooring and equipment. For an extensive look at the Altamonte Springs Albertsons, click here.

That's all for now, but I have more coming next Sunday!