***Photos of this store courtesy of Dijon Smith on flickr***

Here's yet another relatively short lived Albertsons store. First opening here in 2001 as a replacement for an older Albertsons (Store #4364) on the other side of I-95 about half a mile away in the Home Depot plaza, this store only lasted in this location 7 years, closing on August 30, 2008 with three other Albertsons stores in the state at the time. I knew someone who used to like shopping at this store on their way home from work, and she always said this was a really nice store, and that it was much larger than usual. Albertsons was originally planning to have this store opened around 1996, however, construction got delayed for some reason that I've never been able to find (probably had to due with local zoning if I had to guess), and this store's opening was delayed until 2001. I believe this store was opened with the Theme Park interior, but I'm not completely sure. After closing in 2008, this store sat abandoned until 2010, when it was split between Joseph's Classic Market, a local upscale Italian Market chain, and a Home Goods. 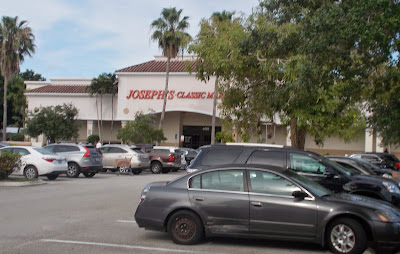 This parking lot definitely has no shortage of foliage! Joseph's Classic Market takes up the left portion of the former Albertsons building where the main entrance used to be. 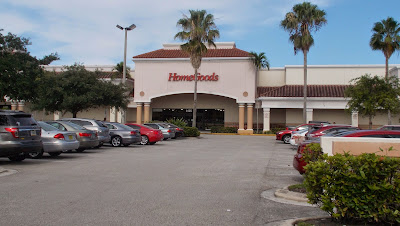 Home Goods is in the right portion of the building. I really like how Home Goods exactly matched the old Albertsons architecture when they built their new entrance instead of putting in something that didn't match, like what usually happens when these buildings are subdivided. You'd think Albertsons built this as a second entrance! In the Bird's Eye satellite image below, you can see what this portion of the building looked like before Home Goods moved in. 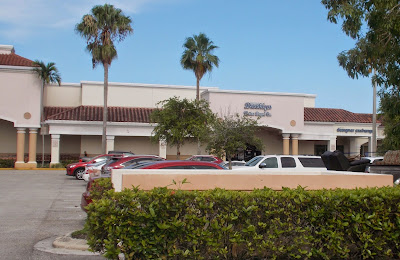 And all the way over to the right, the former liquor store is now a bagel shop. 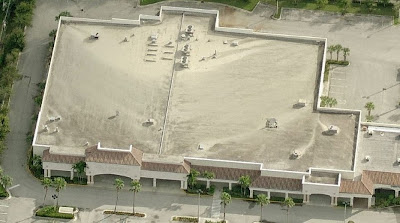 Bing Maps Bird's Eye view of the building, from after Albertsons closed but before Joseph's and Home Goods moved in. Home Goods' new entrance is located in the portion of the building where the front awning dips in. 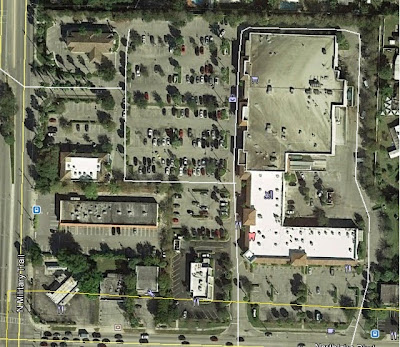 Satellite overview of Northmil Plaza from Google Earth, dated 2014. This plaza is located at the very busy corner of Northlake Blvd. and Military Trail, a block west of I-95. A Winn-Dixie and Publix are located in shopping centers directly across the street.

And that concludes this quick glimpse post. Thanks again Dijon Smith for sending in the photos. Coming next Thursday are a few photos that were sent in of the soon to be closed Clearwater Albertsons, followed by a full length Albertsons store post in early June, so stick around for more to come!