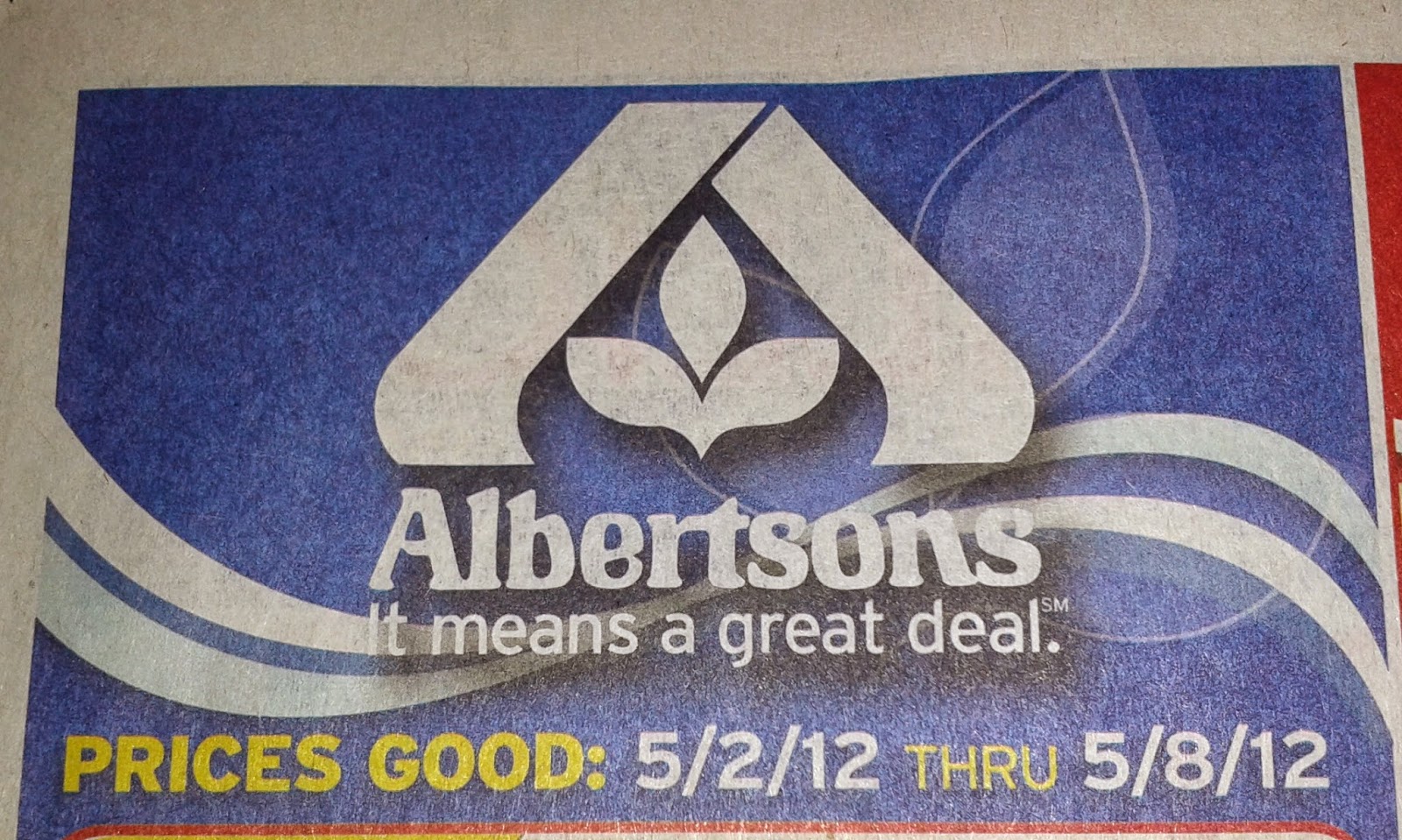 Back in April 2012 when Albertsons announced the closing of 13 of their 17 remaining Florida stores, I at least had the sense to hang on to a few Albertsons things I had laying around. One of which was this was this circular, featuring the sale prices for the week of May 2nd-May 8th, 2012, the last week the stores slated for closure would honor ad prices. Beginning on May 9th, store closings would be in full swing at the effected stores, with their doors closing for the last time exactly one month later on June 9, 2012, a day which I can still remember very well. 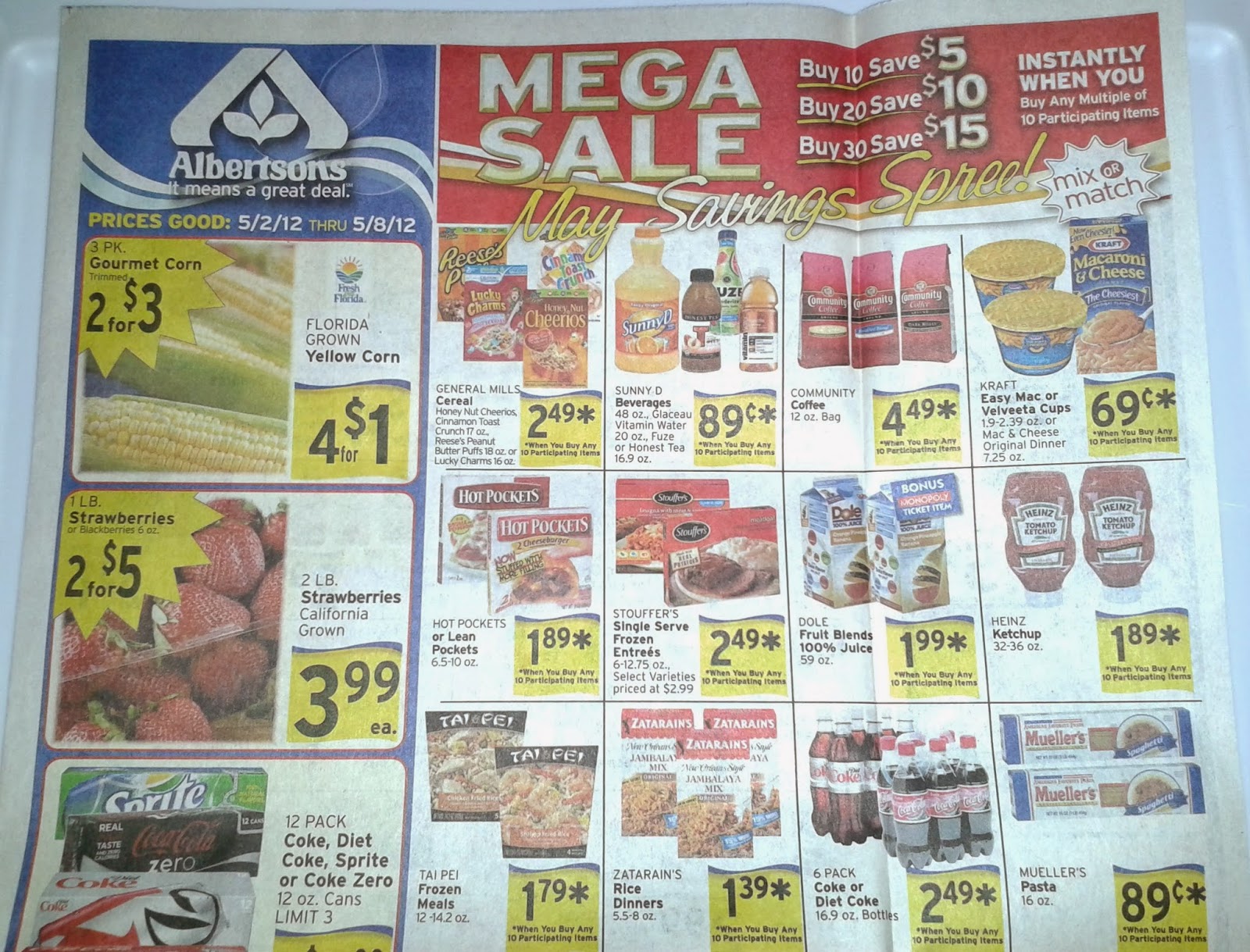 No mention of any closings are actually mentioned in this circular, featuring one of Albertsons theme sales which they were famous for on the front page. Albertsons' Florida circular was, and still is, printed just for Florida stores. 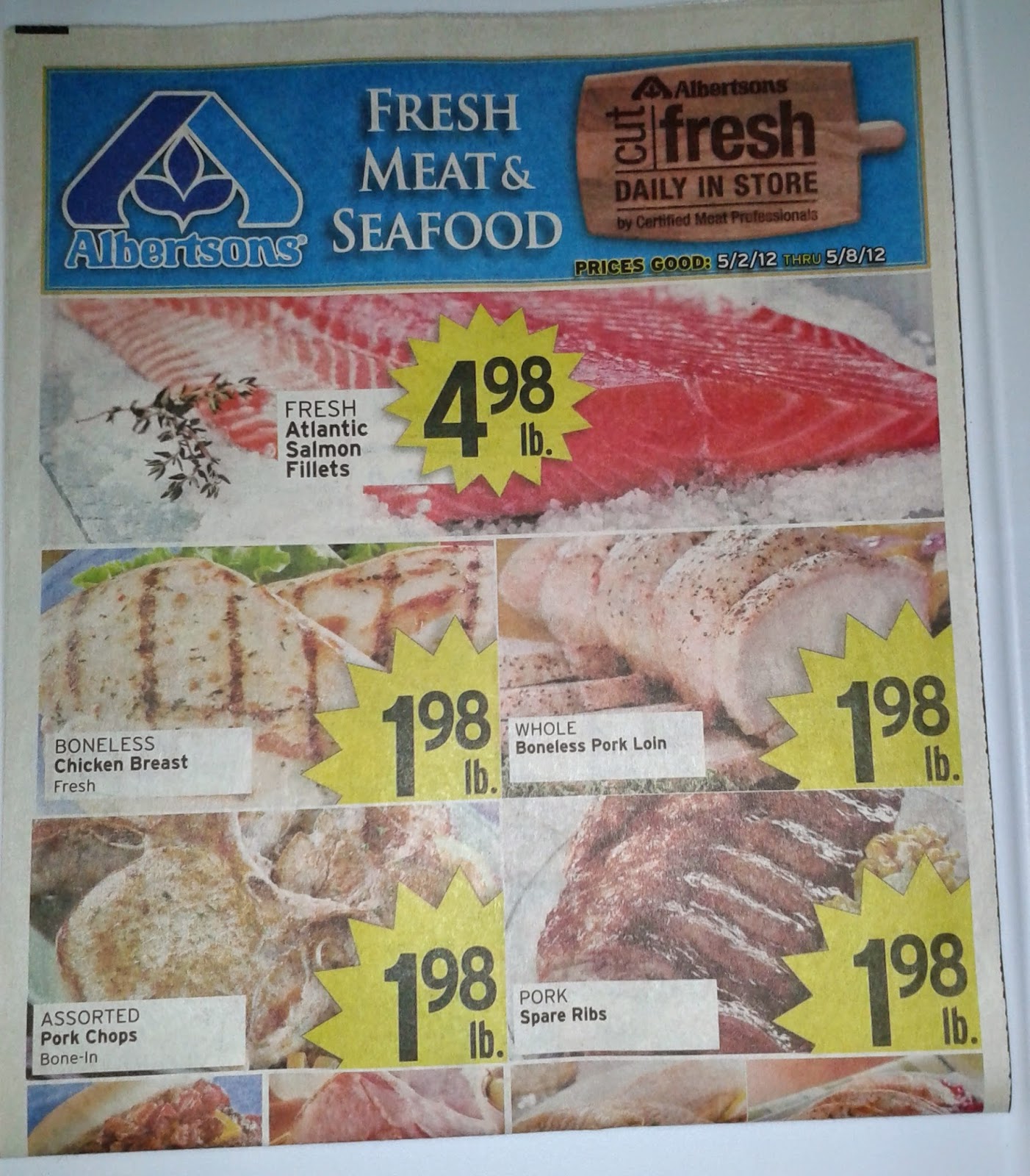 This was an extra page that was placed on top of the week of May 2nd circular featuring meat specials of the week. Albertsons always had a popular Meat & Seafood Department, and it was one of their Florida store's biggest draws. I'm not sure if this holds for Albertsons stores in other parts of the country. I do know quite a few people who say Albertsons always had a better Meat ans Seafood selection than Publix. And you definitely won't see those kind of meat prices at Publix either, even on sale! 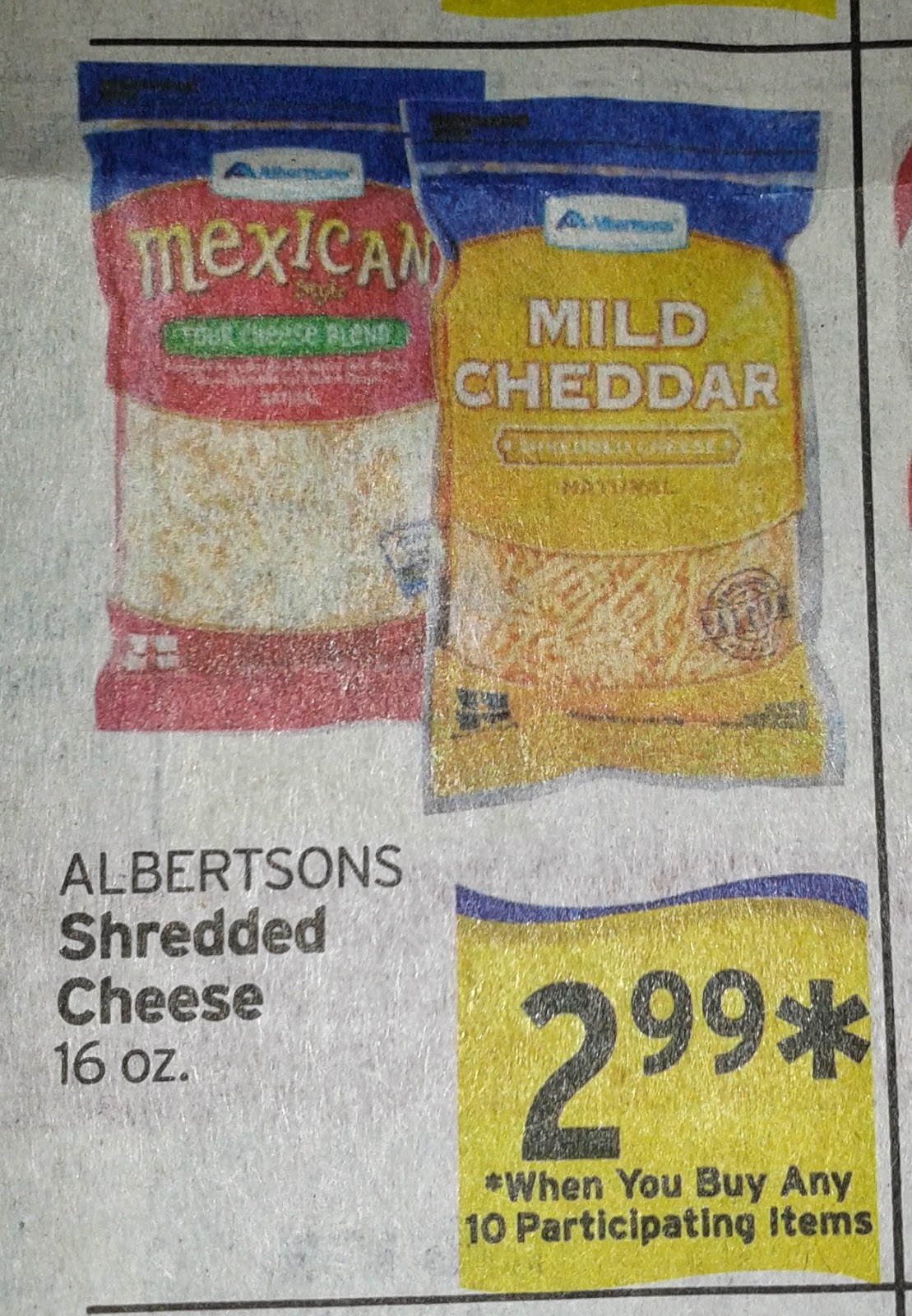 Some old Albertsons brand packaging still floating around. The closing of these stores came not long after the switch to Supervalu's generic Essential Everyday brand began getting into full swing, although the Albertsons name was slowly getting phased out prior to that for Supervalu's former generic brand Flavorite. 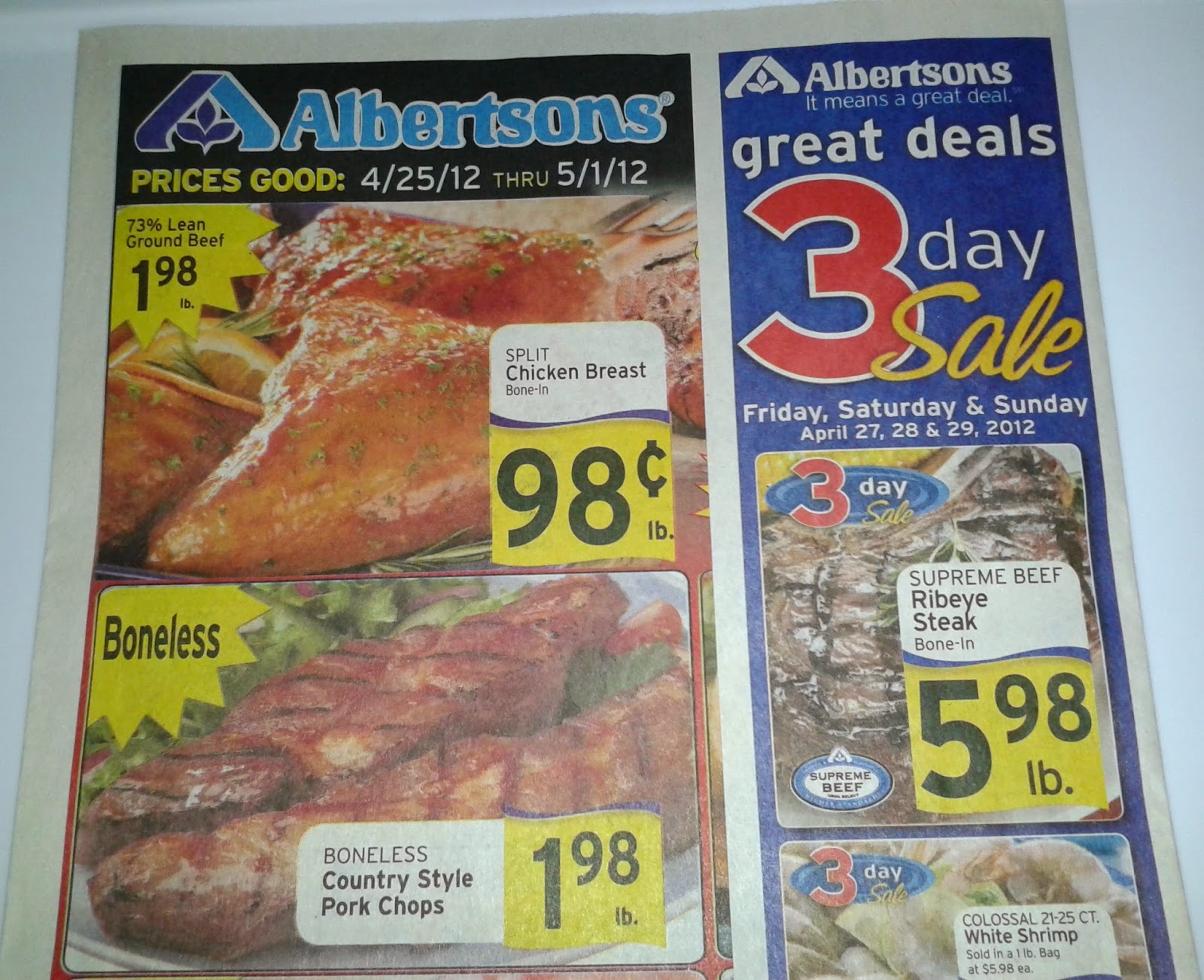 As a bonus, I also saved the circular from the week prior to the final one. This one ran from April 25th - May 1, 2012, and still came out after the closings were announced. I saved this one thinking it was going to be the last, which I ended up being wrong about, but I kept it anyway. Same photo as above, but with the flap about the 3 Day Sale flipped open to show the rest of the cover. 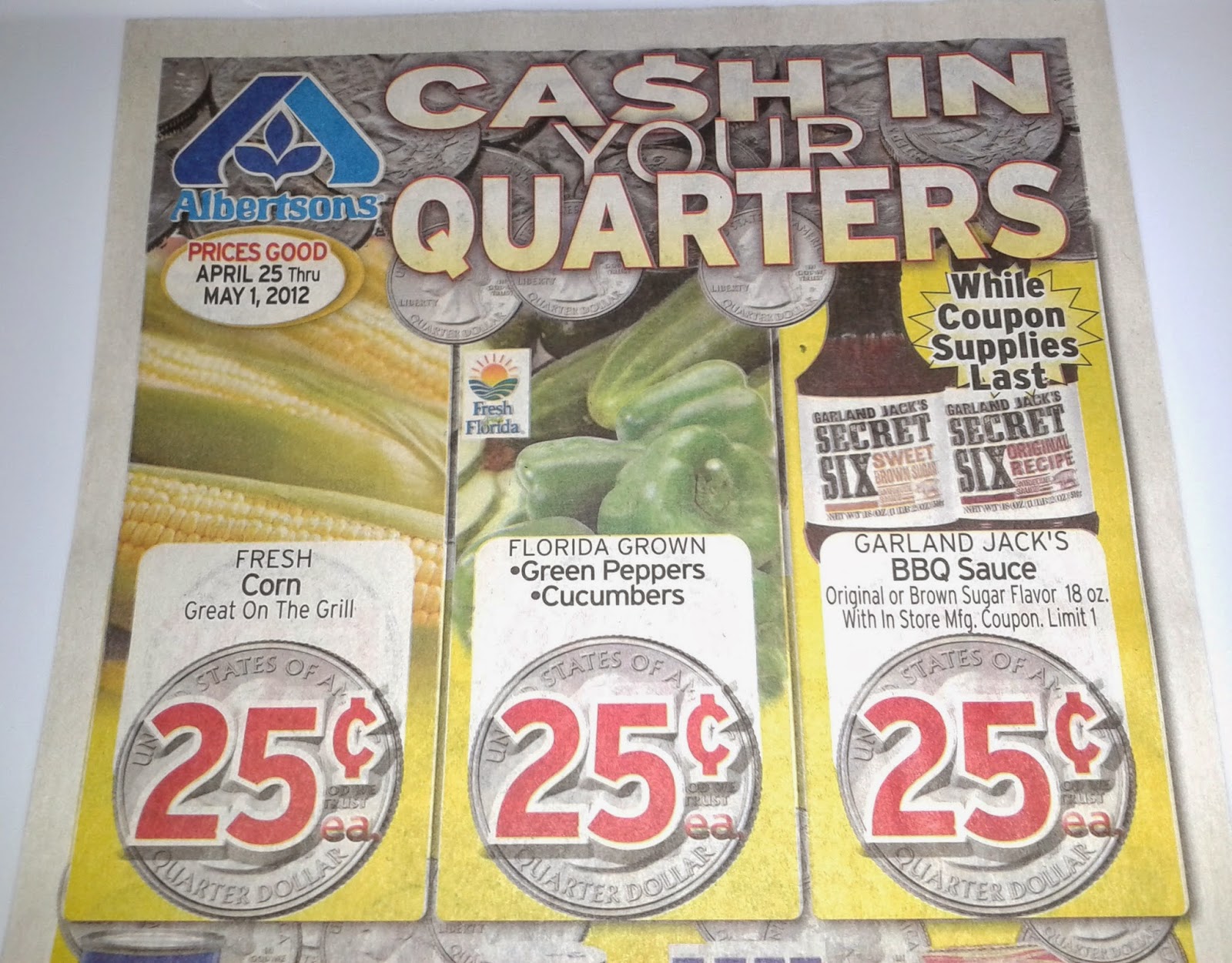 This was an extra sheet placed over the cover of this circular, like the meats one above. This time it features another theme sale, where certain items were only 25 cents. Another popular theme sale Albertsons did was the Crazy 8's sale, featuring sale items whose prices ended in 88 (like $1.88). I have a slightly older circular featuring a Carzy 8's sale that I randomly saved as well, but I'll save that one for another day. 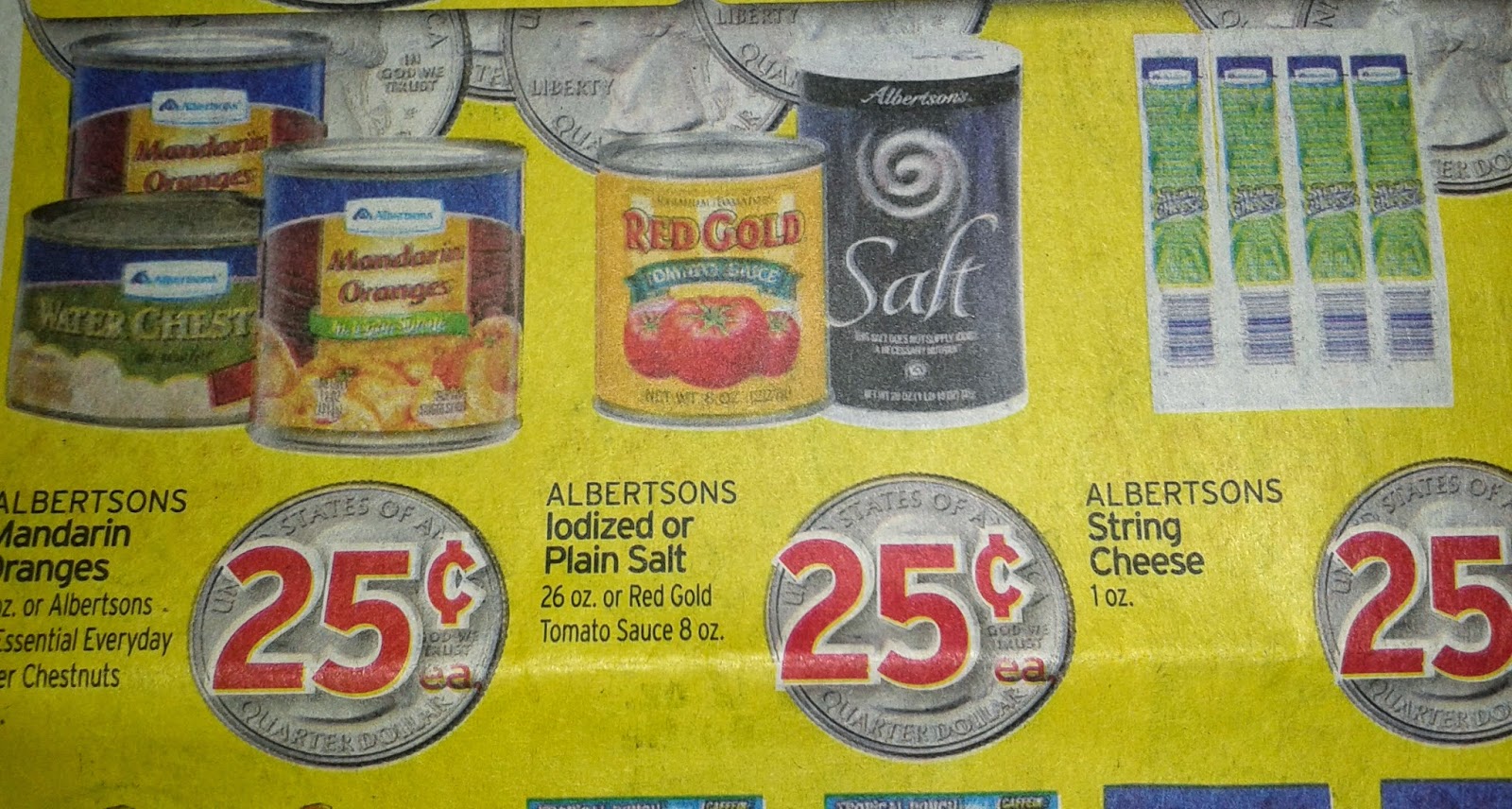 More old Albertsons brand packaging. How did that old salt packaging from the early 2000's slip its way onto here?! That packaging had been phased out for approx. 5 years by the time this circular was printed. I guess Albertsons just keeps some old stock photos laying around for some reason, because I know Acme's old red oval logo from the 90's is also know to slip into packaging featured in their current circulars from time to time.

And here's the sad part: Prices good at these 16 Albertsons Florida locations. The next week's circular would only have 4 stores listed here. The reason this list has only 16 stores instead of 17 is because the Key West Albertsons (#4485) had always had their own unique circular different from the rest of the state, plus it had already closed at this point. Their store closing sale began immediately after the announcement was made that Albertsons was closing 13 Florida stores in early April 2012, probably due to that store being way out of the way from the rest, with their closing happening around April 28, 2012. Publix immediately snapped up that store as soon as Albertsons said they were closing it to open a second Key West location, in the shopping center directly next to their original Key West store, which was staying open. As for the other stores on that list, #4301, #4304, #4319, and #4402 are, as you may have heard me mention many times before, the last 4 locations still operating as Albertsons in Florida. As for the fate of those other 12 stores since their closing, #4359 and #4376 are now Hobby Lobby stores, #4363 was subdivided between The Fresh Market and Ross Dress for Less, #4463 became a Walmart Neighborhood Market, #4465 became a Floor & Decor store (one of those discount flooring places), #4466 is in the process of becoming a Walmart Neighborhood Market (much to the annoyance of locals who don't want Walmart moving in there according to a few articles I've read), and #4346, #4353, #4354, #4357, #4436, and #4498 are still sitting empty to the best of my knowledge, although please update me if anything is going on at any of those locations.