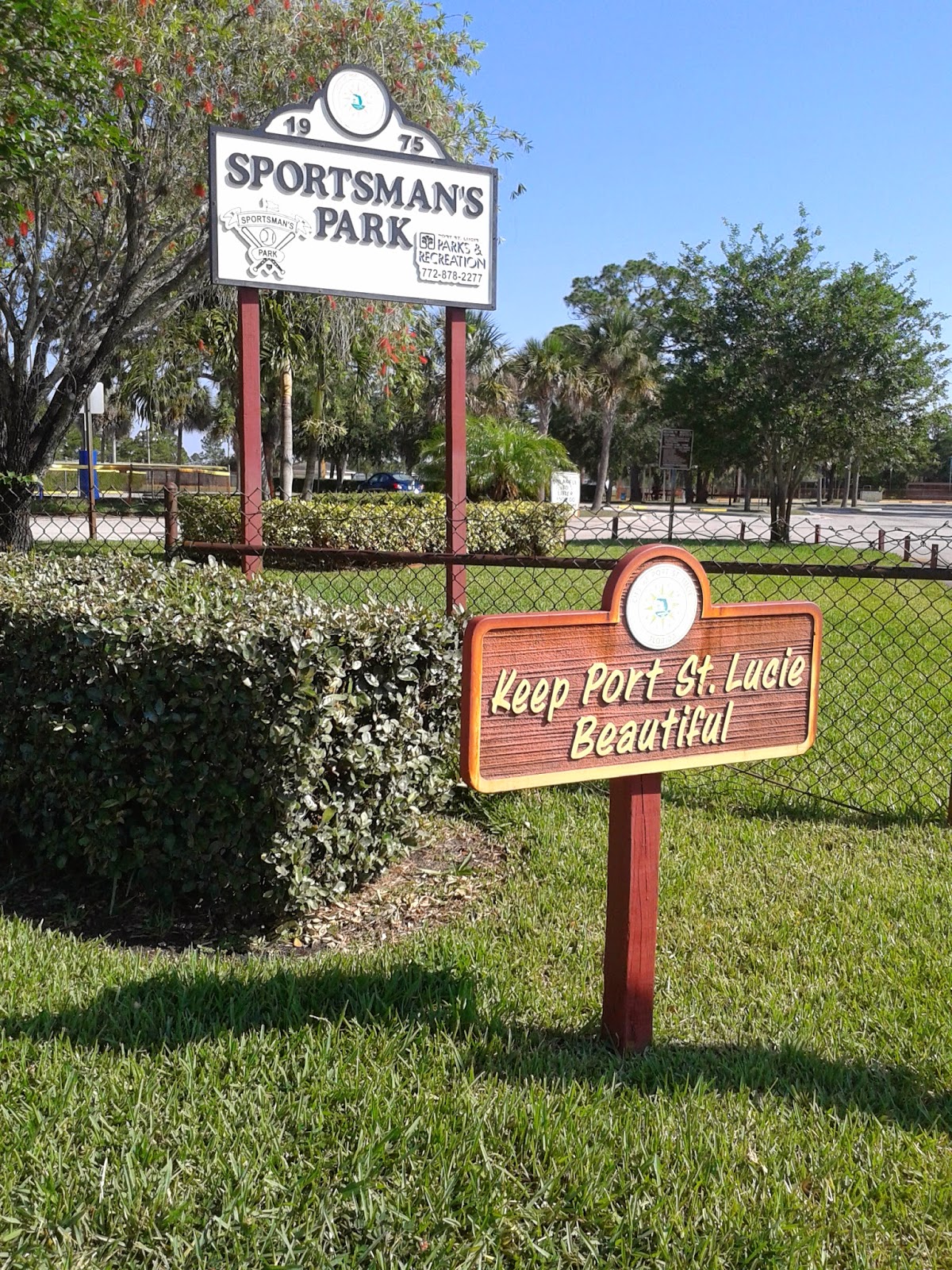 
Sportsman's Park (outlined in red in the image above), was first built in 1975, and is home to Port St. Lucie's Little League Baseball team. In January 1996, Albertsons sent a letter to Port St. Lucie's City Manager offering to swap the 16 acre site that Sportsman's Park currently sits on to build a new 53,000 sqft. grocery store, in exchange for 40 acres elsewhere in the city to build a new park on (and Albertsons was to pay for the construction of the new park), along with giving the city 100 additional acres of vacant preserve land. When the city got this offer, they felt it was too good of a deal not to consider.

I think Albertsons was attracted to this site because there weren't any other supermarkets in this mostly residential area. Port St. Lucie's developer, General Development Corporation, who built this sprawling city (along with a few others in Florida) in the 1960's and 1970's, didn't plan for retail, shopping, and other commercial sites in their development. They didn't even build a downtown. They just built many miles of residential streets with quarter acre residential lots to sell to northerners looking to retire in Florida. They weren't planning for the future, like where stores for this town that could hold over 100,000 residents would be located. Albertsons thought the site of the park would be the perfect place to squeeze in an fill a need in the community.

However, when the city announced to the public that they were considering swapping the city's oldest park in exchange to build a new supermarket there, local residents flipped out. Hundreds of locals were completely opposed to Albertsons building a new store at the site of the park. They flooded the city with 10-30 phone calls a day saying not to agree to the deal. In March 1996, the city held a meeting where they were to officially decide whether to allow Albertsons to build their new store at the park site or not. Hundreds packed the meeting expressing to the city council why the city shouldn't give the park to Albertsons. In the end, after facing the wrath of many angry locals, the city council rejected Albertsons' deal to build a new store at the site of the park. Albertsons was pretty upset about the decision because they really liked the site, but they still kept looking for a location for their second Port St. Lucie store. Ultimately, the Southwest Corner of St. Lucie West Boulevard and Cashmere Boulevard in the new St. Lucie West development would be it, becoming home to Albertsons #4466, which you can read about here. 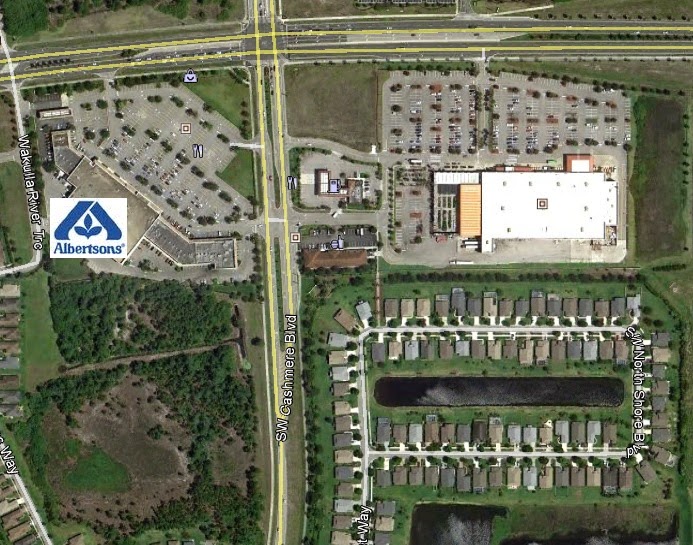 I wonder if the 40 acre site Albertsons wanted to build the new park on was the site where they ultimately ended up building their new store, which you can see in the image above. This store, however, closed in June 2012. That site could be approx. 40 acres if you include the empty lot behind the store, and it could have been larger before all those houses were built off to the left of the store on land Albertsons could have sold off.

How different do you think Port St. Lucie would have been if the city council had approved the Sportsman's Park land swap? Would a store at the park site have been as much of a success as the mighty St. Lucie West Albertsons was? Or more of a success? Just a few things to ponder as I bring this post to an end.